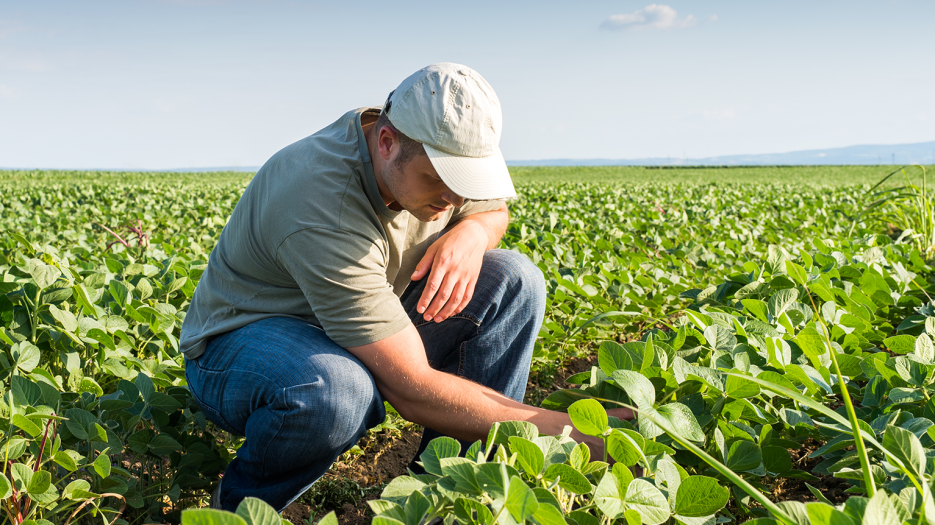 While growing conditions around the country have certainly been better than in 2019, farmers anxiously await USDA’s September objective yield plot production estimates, which should inevitably push yields lower following a destructive derecho that swept through much of the Midwestern Corn Belt and drought conditions in the West. If record production estimates persist along with uncertainty in demand and export markets, corn and soybean prices are likely to move even lower. However, if yield estimates are modified to pull back the supply of commodities while other supply and demand conditions hold, prices could potentially rise.

According to expectations set in the August World Agricultural Supply and Demand Estimates, corn stocks will rise by the end of the 2019/20 marketing year. For the 2019/20 crop, demand was adjusted to reflect the effects of COVID-19 on livestock production and ethanol demand. Things like stay-at-home orders and livestock processing disruptions have lowered corn use in ethanol and feed markets, likely causing USDA to further reduce 2019/20 demand to 13.6 billion bushels – down nearly 5% from the 2018/19 crop year. As a result of reduced demand, old-crop ending stocks are rising. USDA currently estimates 2.22 billion bushels of corn will remain at the end of 2019/20.

In July USDA lowered new-crop 2020/21 production estimates to 92 million acres due to a 5-million-acre reduction of corn acres planted reported in the June 30 Acreage report; 84 million acres are expected to be harvested. With USDA’s record corn yield estimate of 181.8 bushels per acre in 2020, the U.S. is on track for corn production to rise above 15.2 billion bushels, the most corn on record and 12% higher than 2019. With 25 million bushels of imported corn and 2.22 billion bushels of corn stocks from 2019/20, the corn supply for the 2020/21 marketing year is estimated to be 17.5 billion bushels.

As harvest approaches, analyzing yield possibilities gives a first look into potential production levels of supply for the new crop year and, in turn, offers insight into crop prices. Unfavorable weather conditions could result in low yields, especially if most recent dry conditions have shortened the maturing stages of crops. This would also push supply estimates lower. If all other supply and demand estimates hold steady, corn prices could get bumped up from the current $3.10 estimate. Alternatively, crops could be resilient and meet USDA’s record expectations with all other supply and demand estimates held constant, pushing prices lower than the current estimate.

Corn yield estimates for 2020 are likely to be revised downward in September from USDA’s August estimate. The annual August Pro Farmer Crop Tour estimated corn yield to be closer to 177.5 bushels per acre after field inspections. This estimate is still relatively high compared to previous years and well above the 2019 average yield of 167.4 bushels per acre. A lower corn yield in 2020, like 177.5 bushels per acre, presents some opportunities for the crop to rebound from low demand resulting from COVID-19 precautions. When applied to the August WASDE estimates for the 2020/21 corn crop, about 14.9 billion bushels would be produced. Add in 2019/2020 ending stocks and new-crop imports, the expected total supply of corn would be 17.1 billion bushels. The resulting ending stocks, after using 14.7 billion bushels, would sit at 2.3 billion bushels, with a 16.2% stocks-to-use ratio. This estimate would put corn supply and demand in line with estimates that match 2019 production. With no other changes to supply and demand, prices may remain similar to 2019.

August USDA supply and demand estimates indicated soybean crush continues to rise heading into the end of the 2019/20 marketing year. Made in July, the 2019/20 soybean crush adjustment increased soybean use to 3.8 billion bushels, just 3% behind 2018 soybean demand, despite continued stunted exports. The resulting old-crop ending stocks are estimated to be 615 million bushels, which would be the second-largest soybean crop on-hand, behind the 2018/19 marketing year when ending stocks reached 909 million bushels.

On the demand side, August WASDE 2020/21 estimates for soybean crush increased to 2.18 billion bushels, a 4% increase since 2018. Domestic use of soybeans for 2020 is estimated to be 2.3 billion bushels, which would also be the largest domestic use on record. However, soybean exports are estimated to be 2.125 billion bushels for 2020. While this would be 29% above 2019 levels, it is still 2% shy of 2016’s peak levels. Total demand for the 2020/21 soybean crop is estimated to be 4.4 billion bushels if export demands come to fruition, a rebound of 15% from 2019/20. Ending stocks as a result of these estimates would be 610 million bushels with a stocks-to-use ratio of 14%. The adjustments made in August to new crop supply and demand compared to the July WASDE resulted in USDA lowering the estimated average farm price of soybeans to $8.35 per bushel from $8.50 per bushel.

USDA’s July WASDE held 2020 corn and soybean yields consistent with the record-setting estimates first presented in February at the USDA Agricultural Outlook Forum, but following producer surveys, the August Crop Production report pointed to even higher yields. However, warmer than usual temperatures coupled with inconsistent rains and surprise weather events have raised concerns of stressed crops. Areas in the South and West have experienced drought-like conditions that have moved eastward with the potential to push yield estimates lower. Then, just after the survey end date of August 1, the Corn Belt experienced a record-setting catastrophic wind storm that caused significant crop damage.

The September Crop Production report, based on objective yield plots, may compel USDA to lower yield estimates to levels that align with the Pro Farmer Crop Tour estimates presented here. The resulting supply and demand estimates may better reflect the most recent changes to crop conditions. Yields at current record-setting estimates with current projected demand conditions held constant could deflate expectations and pressure crop prices lower. On the other hand, demand improvements, such as larger corn and soybean purchases by China or an ethanol rebound, alongside a tightening in supply could help boost prices. After 2019’s low yields and decreasing demand, corn and soybean farmers could use higher prices.

The survey will collect information about hired labor from approximately 4,000 farmers The U.S. Department of Agriculture’s National Agricultural Statistics Service (NASS) will conduct its biannual Agricultural Labor Survey during the second half of October. The [Read More …]

How Many Producers Have Signed up So Far? Introduction and Overview of DMC With a looming enrollment deadline of Friday, Sept. 20, fewer producers than anticipated have opted to enroll in Dairy Margin Coverage, the [Read More …]

On Friday, the administration announced details of the new $14-billion-dollar Coronavirus Food Assistance Program, or CFAP2, that will provide direct payments to farmers and ranchers to partially offset COVID-19-related losses for producers. This follows an estimated $10 [Read More …]