The Western States Dairy Producer Association held a technical workshop, which brought in several the industry’s top professionals and scientists for the purpose of evaluating the current state of the science and progress toward reducing the dairy industry’s impact on the climate. The meeting was held Oct. 19 & 20 in Boise, Id. 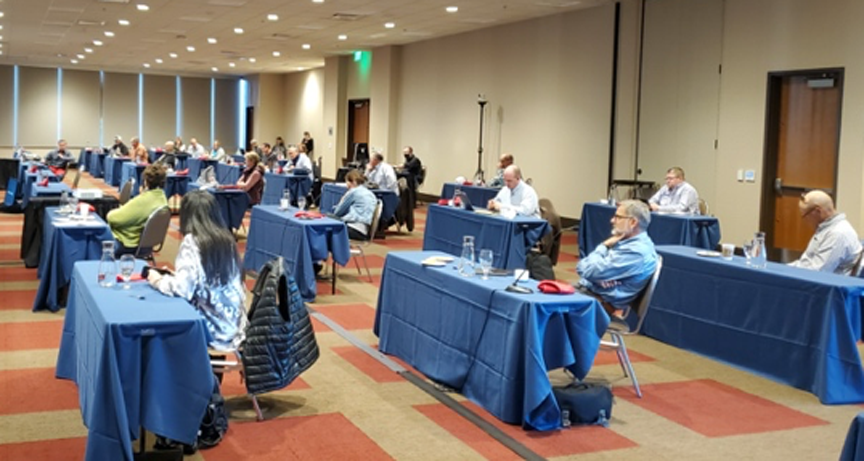 These are admirable goals for the national industry, and our customers are increasingly asking and demanding progress on achieving climate goals. The purpose of the meeting was to bring a Western focus to the challenges inherent in achieving the Net-Zero goal. One of the first concerns is the definition of what is meant by Net Zero. Is it possible to eliminate the impact on the climate of the dairy industry? Or do we mean that our goal is to not add to the warming of the climate by neutralizing or off setting our impacts?

Presentations were given by Dr. Michael VandeHaar from Michigan State and Dr. Alex Hristov from Penn State on genetic improvements and feed efficiency as well as what we know about the success of reducing enteric emissions (belching) from cows using feed supplements. One thing that hit me was the reality that while enormous progress in feed efficiency has been made over the past 60 years, we are now hitting a plateau. It seems that once you reach a certain point, more feed intake does not produce exponential increase in milk production, so your ability to get further milk-feed efficiency is limited. Of course, if the rest of the world were to achieve the kind of feed efficiency levels we have in the U.S., then the great gains we have produced over the past decades could be replicated in other areas.

We heard from Dr. April Leyhem and Dr. Rob Dungan from Idaho and Dr. Deanne Meyer from UC Davis and Dr. Joe Harrison from Washington about developments in manure handling and separation and recovery technologies. Michael Boccadoro from California Dairy Cares made a presentation on digesters and what is being done and planned for the use of these facilities in the renewable energy effort. Donald De Jong from Texas was there to explain the Sedron Technology (sedron.com) that has been constructed on one of his dairies. This is a technology that is going to be part of a huge amount of the dairy Net-Zero Initiative. There was a robust discussion about how research dollars that come from all producers should be invested as we all seek opportunities to reach our goals.

Finally, Dr. Jim Wallace from DMI talked about the initiative’s plans and how they impact the West. He acknowledged that there are some unique challenges that are faced by the industry in each region. He was very open to dialogue with the group and promised a continued collaboration. In addition to myself and Kevin, MPC board members Daryl Koops and Michael Oosten participated. The Western States Dairy Producer Association has proved to be a valuable vehicle to both learn and inform our colleagues about issues facing the Western dairy industry as well as coordinate strategy and messaging to advance our interests.

Editors Note: This report appears in the Oct. 23 MPC newsletter and is posted here with permission.

Last year, nearly 9.4 million dairy cows in the U.S. produced 215 billion pounds of fluid milk.1 With that much milk, you could fill 3,100 large tanker trucks, take a dip in 38 Olympic-sized swimming [Read More …]

The local dairy is producing special flavors for springtime. Just when you thought the best part of spring was flowers blooming and bunnies delivering baskets, Hiland Dairy is announcing the release of Spring Egg Nog [Read More …]