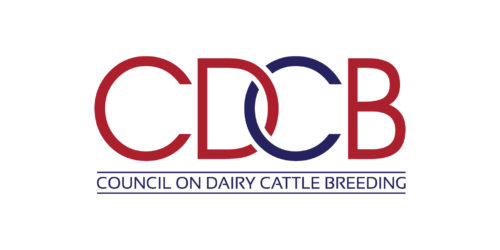 Two important updates will be implemented in the crossbred evaluations in December 2019:

Effective December 2019, following a full review of the methodology and results, the most connected purebred reference population of each crossbred animal (determined by the breed of evaluation used) will be used instead. In addition, a differential weighting of the traditional and genomic
components will be applied, by giving more weight on the traditional component for animals with traditional reliability above 30% (animals with phenotypes). These changes make it even more
important to emphasize that genomic evaluations on crossbred animals are useful for animals being bred to animals of the same breed of evaluation (e.g. going towards “purity”), whereas are not an advisable tool for animals in a rotational crossbreeding program.


As expected, no effect will be observed on purebred animals, whereas reliabilities and PTAs of crossbred animals will be impacted. (Note that reliabilities are used to weight the traditional and genomic components of an evaluation.) The greatest changes will be observed on animals with BBR
close to the 90% threshold, as their reliabilities will be the ones mostly changing (upwards) with this new strategy. Reliabilities will be more closely linked to the BBR distribution, as animals having more purebred composition will receive a reliability and PTA estimates similar (with differences in weighting, obviously) to a purebred animal. Considering that animals with BBR close to the 90% threshold have most of their SNP effects based on that same breed on which relationships are obtained from, this change makes reliability estimates more accurate.

Correction to use of foreign fertility evaluations

When extending the MACE information to include Mastitis into the evaluation in August 2019, an incorrect trait order when comparing reliabilities caused MACE fertility evaluations to be used incorrectly for some bulls. This resulted in more differences between traditional and genomic evaluations than expected, which mainly affected highly-reliable Holstein bulls and animals related to them. Test results on the error repair indicate the divergence between traditional and genomic PTAs for these bulls should be resolved and is expected to result in slightly different genomic PTAs propagating throughout the population, due to better SNP estimates.

We thank Ryan Starkenburg (ABS) for identifying the misalignment and the industry review committees for providing feedback.

End of line policy in effect on all CDCB files

For legacy purposes, CDCB had continued to change the EOL’s for zipped files to DOS EOL (CR LF) whereas unzipped files had LINUX EOL (LF).  Since September 2019, all CDCB files (public and private) have been distributed using a standardized Linux “end of line” (LS EOL) control character. The December 2019 run will be the first evaluation release in which all files distributed by CDCB, irrespectively of being zipped or not, will have a standardized LINUX EOL (LF) control character.

IP change in all our servers

The Annual meeting of the National Association of Animal Breeders (NAAB) was held September 18-19, 2018 at the Radisson Hotel and Convention Center in Green Bay, Wisconsin. Meeting agenda included the Business session, election of [Read More …]

Breeding the right kind of cow is key to dairy profitability

Lloyd Holterman is convinced that breeding the right kind of cow is the key to his dairy farm’s profitability. With his wife Daphne, and their two partners, they milk 1000 cows near Watertown, Wisconsin. Holterman [Read More …]

Know someone interested in joining this team? The CDCB welcomes applications for a new full-time GENETICIST position to join our team in Bowie, MD, USA (https://www.uscdcb.com/who-we-are/work-for-us/ ). We are looking for a talented and enthusiastic individual [Read More …]