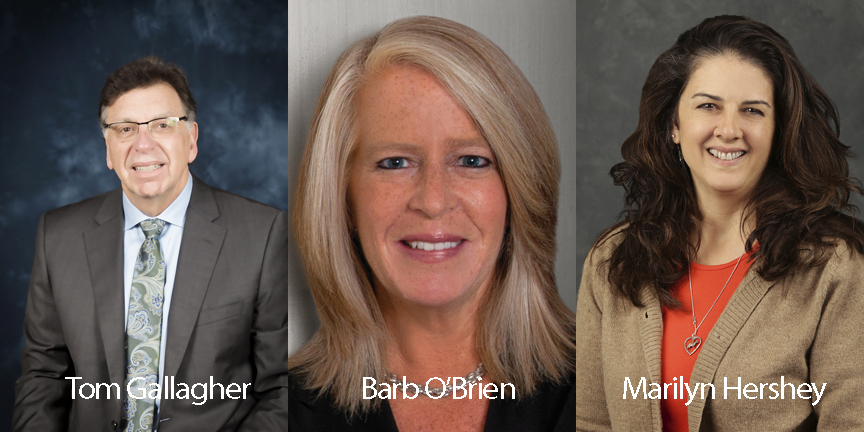 Marilyn Hershey, a Pennsylvania dairy farmer who serves as chair of Dairy Management Inc. (DMI), gives the dairy checkoff credit for successfully adapting to the many disruptions brought by COVID-19.

“We got up every single morning and did what we always do – milk the cows and create a nutritious dairy food,” Hershey said during a year-ending news conference hosted by DMI leaders. “COVID threw a lot into the promotion plan, but I’m excited to say the 2020 plan we had in place shifted and redirected. The plan we had wasn’t sufficient for the circumstances. We had to redirect and move milk in other ways.”

Hershey credited state and regional organizations, including the American Dairy Association North East that serves her state, with helping to eliminate purchase limit signs that appeared in some grocery stores.

“This was very frustrating for farmers because we had milk to sell. We had milk at the plant and milk  available at the stores but the stores went into a panic,” Hershey said. “There was a lot of communications from the states and regions to retailers and they worked tirelessly to let them know they could take the signs down and that consumers have plenty of opportunities to purchase milk and there wasn’t a shortage. It was a great coming together.”

DMI CEO Tom Gallagher said domestic and export dairy sales combined were up 1.2 percent for the year through September. He pointed to four aspects of the checkoff work that helped this increase:

Barb O’Brien, who serves as president of DMI and the Innovation Center for U.S. Dairy, also said 2020 was important from a sustainability standpoint. She said the 2050 Environmental Stewardship Goals and Net Zero Initiative (NZI) can help assure a brighter future for dairy.

She said COVID-19 created an accelerated requirement from consumers for more transparency in food production. She cited research conducted by Kearney Consulting in April that showed:

“We followed the research and it was clear consumers wanted more than just taste from their products,” O’Brien said. “They wanted their consumption to have a positive impact.”

O’Brien listed some of the nation’s leading companies that have made public pledges to issues such as sustainability and how farmers play a critical role in these commitments.

“We know these companies ultimately will rely on their supply chain and on farmers to meet these social responsibility goals,” she said. “We’re seeing more and more companies and brands looking for ways to work with farmers to identify solutions vs. some of what we have seen previously in terms of top-down approaches and absolute demands.

O’Brien cited recent commitments from Starbucks and Nestle to financially support NZI. She called NZI a “field to farmgate” plan aimed at breaking down barriers to make new technologies and practices more accessible and more affordable for farms of all sizes. In addition to DMI and the Innovation Center for U.S. Dairy, NZI has support from the U.S. Dairy Export Council, Newtrient, National Milk Producers Federation and the International Dairy Foods Association.

“Getting there is an industrywide effort,” O’Brien said. “This is so critical for farmers because ultimately, as we all know, for us to be successful as a category, we have got to earn consumer trust. Those expectations are real.”

Milk: One of the most needed, least donated items

Great American Milk Drive calls for donations to feed hungry families this holiday season Passing a glass of milk to loved ones during the holidays means passing the feeling of comfort, togetherness and wellbeing. But [Read More …]