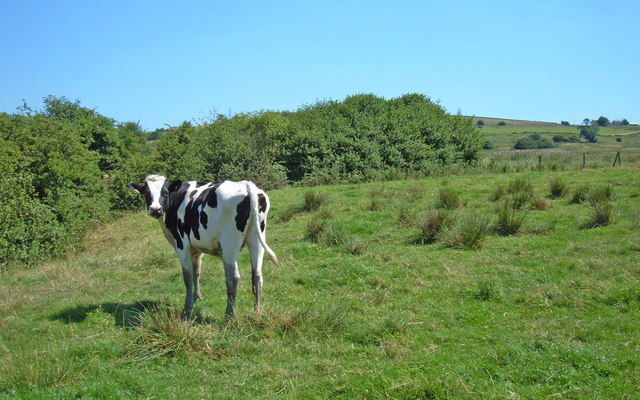 The state saw a drop in 59 licensed dairy farms just over the past five months. (Wikimedia Commons)

Worldwide demand and a low number of cows had dairy farmers milking the profits four years ago.

Now, the situation is reversed and low milk prices are forcing dairy farms in northwestern Ohio to either close or liquidate a large portion of their herds.

Six dairies in Mercer County and four in Auglaize County closed or reduced their herds over the past year, according to The Daily Standard.


Data from the state Department of Agriculture showed Mercer has 89 dairies compared to 121 six years ago, and Auglaize has 35 compared to 58. The state saw a drop in 59 licensed dairy farms just over the past five months.

Smaller dairies have to increase their size to remain profitable, and the investment is too much of a risk, said Ohio State University Extension educator Denny Riethman.

St. Marys dairy farmer Melvin Fledderjohann, 82, said he plans to stay in the dairy business. He and his son save costs by doing all the work on their 70-cow operation.

“We have a couple of dollars in the bank, so we will wait and see what’s down the road,” he said.


New Breman farmer Lou Brown also has no hired help. He said he plans to wait through the downturn.

“I am an older farmer in my upper 50s and well established versus one who is not and building a barn,” he said. “Some of those are the guys the bank has foreclosed on.”

“There’s just so much excess milk right now,” said Dianne Shoemaker, a dairy production economics specialist. “It looks like that’s going to continue to be the case for a while.”

The House Judiciary Committee approved the agriculture labor bill, the “Farm Workforce Modernization Act,” last Wednesday. NMPF has created this online letter for dairy farmers to send to their members of Congress in support of [Read More …]

The New Year is set to bring smiles on the faces of dairy farmers, thanks to firm prices of the skimmed milk powder (SMP) following export incentives by the government. Most co-operative dairies and private [Read More …]

Dairy producers are gearing up for PDPW Business Conference

Attend the 2018 PDPW Business Conference to hear from leading experts and dairy farmers Let’s talk profit. Here are some sessions to consider: Activity-based management: DAY ONE   Taking your management to the next level Learn how [Read More …]