Modified Bloc Voting Could Give it to Them 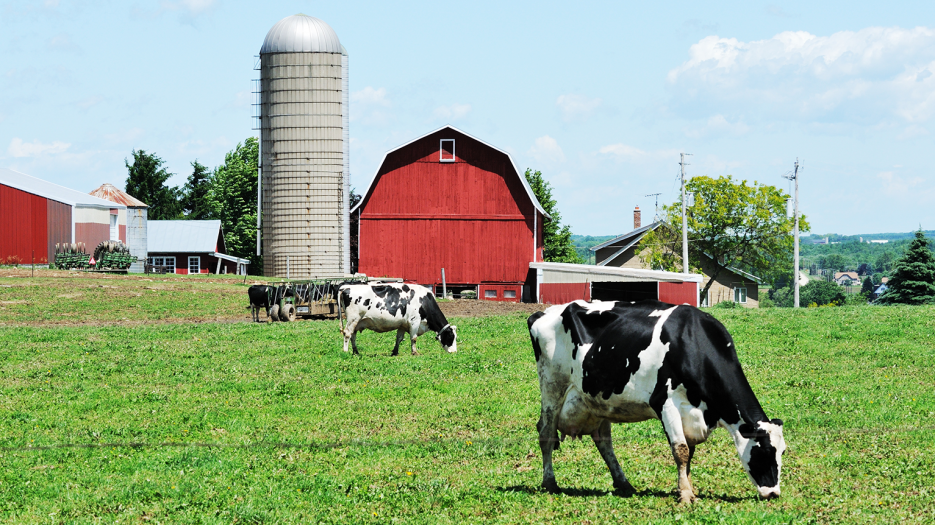 As the dairy industry begins to have more in-depth conversations about modernizing milk pricing and the antiquated Federal Milk Marketing Order system, it is important to examine how dairy farmers participate in the discussion. The FMMO system has been a pillar of the dairy industry for more than 80 years, with few major changes to the milk pricing and pooling rules in almost two decades, outside of the 2018 farm bill and a revision of make allowances more than a decade ago.

Currently, most dairy farmers who are members of cooperatives do not have the opportunity to cast individual and confidential ballots when it comes to voting on changes to FMMO milk pricing rules, which could be regional or national in scope and likely impact all members of the dairy industry, from the processor down to the farmer. The American Farm Bureau Federation recently adopted policy that supports giving dairy farmers the opportunity to participate fully in this democratic process by being able to directly vote on FMMO issues that impact milk prices and, ultimately, their dairy farm’s future.

The Current System of Voting under FMMOs

To modify a Federal Milk Marketing Order, at least two-thirds majority of the eligible producers voting in the referendum, or the eligible producers who supply more than two-thirds of the milk represented in the referendum, must vote in favor of the order as amended. There are two methods for ballots to be cast in a producer referendum: individual ballots (cast by independent producers who are not a member of a cooperative) and bloc voting by cooperatives (where cooperatives vote on behalf of all of their members). Cooperatives may forfeit their bloc vote, in which case all members of the cooperative vote independently and the cooperative may not vote for non-voting members.

The Agricultural Marketing Agreement Act allows for cooperatives to bloc vote with respect to the approval or disapproval of any amendments to the Federal Milk Marketing Order program. Cooperatives are not required to provide each producer a description of the question presented in the referendum together with a statement on how the cooperative plans to vote on behalf of the membership. Cooperatives may request that their members receive an individual ballot, but in this case the cooperative may not bloc vote for members not casting a ballot. Cooperative association representation in the AMA is highlighted below.

This is not a groundbreaking idea. In fact, precedence exists in the dairy industry in the form of the Dairy Checkoff. Promotion programs already provide an alternative voting process for producers and cooperatives that follows this methodology. The success of modified bloc voting in the promotion program tells us that it is a viable, simple and workable voting process  that could serve as a way to give dairy farmers a voice when it comes to changes to a federal order that impact milk prices and their farm. Cooperative association representation in the dairy promotion program is highlighted below.

The benefits of bloc voting are easy to identify, with the chief one being allowing dairy farmers to participate in that most American activity of voting on issues that impact them. As this industry discusses reforms that will surely impact dairy farmers and their ability to operate in an ever-changing world, it is critical that these dairy farm families have a say in their future. Also on the plus side for bloc voting in the federal order process: it is a proven method of voting. We have a working example in the promotion programs, so this would not be a matter of trying to introduce a complicated, unproven or uncertain process into the system.

Modified bloc voting has the added benefit of encouraging more industry engagement among dairy farmers. Modified bloc voting will result in increased education for producers as cooperatives and dairy industry stakeholders are incentivized to inform producers of the complexities of the issues being considered, as well as the impacts at the farm level. Along with this producer education will come increased transparency in milk pricing and pooling rules, which will give producers a better understanding of how the order actually operates.

While more difficult to identify, there are concerns to bringing modified bloc voting into the federal order system. It will increase the length of the voting process and increase the administrative burden on USDA as the department collects individual producer ballots and allocates the remaining votes to the cooperative bloc vote. However, in a world that is becoming more virtual by the day, particularly with the onset of COVID-19 restrictions, this seems like less daunting of a task.

It may levy additional responsibility on cooperatives and dairy industry stakeholders to ensure that their members are fully informed of the issues that are being voted on. While this may be a burden for the cooperatives – the greater the complexity of the issue and the size the membership, the potentially bigger the burden — it improves transparency and facilitates engagement among the dairy farmer owners of the cooperative.

Some may argue against the concept of producers voting on policy that they may not fully understand, and that the issues can be exceedingly complicated and too difficult for an average producer to fully comprehend. The retort here is that it’s too complicated because, although they could submit testimony and provide comments, most dairy farmers were not intimately involved in the crafting of FMMO pooling and pricing provisions – which at times can be modified administratively without farmer input.

Some may also express worries that some producers may be too passive on some of the issues and not fully engaged on the subject, and so may not cast a fully informed vote. These arguments can at best underestimate producers’ intelligence, and at worst negatively indict a system that has become so complex and unwieldy that it is too complicated for an average producer operating within the system to understand how it impacts them. Additionally, the concern with respect to passive producers could be addressed with a mechanism that requires the farmer request, instead of being provided, an individual and confidential ballot. Producers who are voting are going to be engaged in the issue and willing to go through the extra effort to be heard, while passive producers with no interest in the issue will not impact the outcome of the vote.

Modified bloc voting presents a compromise that provides producers the opportunity to vote, while allowing the cooperative to vote on behalf of the producers who agree with the cooperative’s position or who are not engaged enough in the issue to cast their own ballot. Importantly, the casting of an independent and confidential ballot does not necessarily imply the farmer will vote in opposition to the cooperative; rather it allows the farmer to go beyond their fencerows and be an engaged participant in dairy policy and milk pricing.

Dairy farmers do not currently have a voice in the conversation about the regulations under the federal orders that directly impact milk pricing, milk pooling and, ultimately, their farm’s profitability – or in recent years, the lack thereof.

These vital producers deserve to participate in the most American of activities: directly voting in a democratic process on issues that impact them. Modified bloc voting would offer those producers who are interested and engaged in the issues an opportunity to vote and have their voices heard.

Dairy farmers are long overdue a seat at the table when considering milk price reform. Before any meaningful effort to reform milk pricing or pooling provisions moves forward, e.g., addressing the negative producer price differentials, mass de-pooling or increasing processor and cooperative-owned manufacturing plant make allowances, the first step is for Congress to empower farmers and give them the right to cast an individual and confidential ballot.

Registration is open for Level 2 & Level 3! Don’t miss out on the next class! Dairy farmers and agribusiness are invited to attend and will walk away having mastered: Key ratios – Asset Turnover [Read More …]