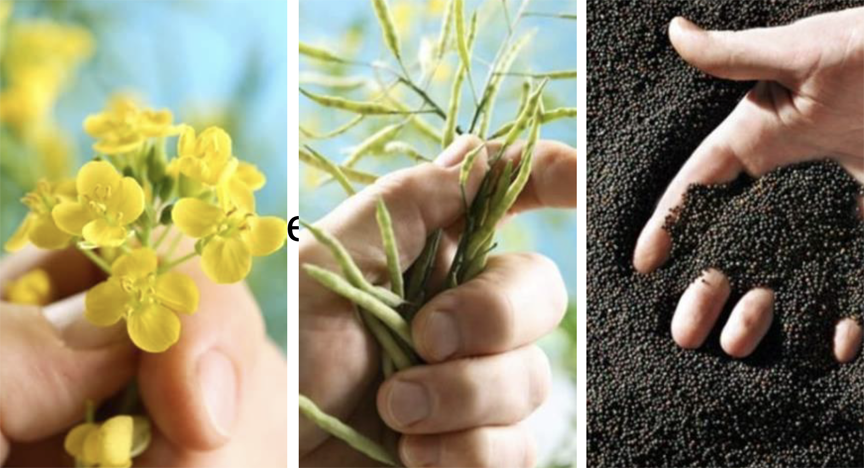 Dr. Kenneth Kalscheur is a prominent dairy nutritionist at the renowned U.S. Dairy Forage Research Center in Madison Wisconsin. For the last decade, a large component of his research program has been to investigate and better understand the nutritional value of canola meal in diets for dairy cows. He has conducted a series of feeding experiments, trying to drill down on the value of this ingredient.

Dr. Kalscheur notes that the interest in canola meal is on the rise largely because of the fairly recent knowledge we have gained in the area of protein and amino acid requirements and along with new methods for assessing the value of canola meal.

North America tends to be most familiar with soybean meal as a plant protein supplement. Canola meal is quite different in composition.  In an address given at the 2018 Four-State Dairy Nutrition Conference. Dr. Kalscheur pointed out the differences:

As his table shows, canola meal contains less protein, but more rumen un-degraded protein (RUP), and more fiber when compared to soybean meal. These differences need to be taken into account when feeds are formulated.

In this publication Dr. Kalscheur relies heavily on results from several meta-analyses: a method of combining results from many experiments to obtain greater confidence in the results. One such study where data from 122 experiments were combined showed that dry matter intake, milk yield, and energy-

Most recently, Dr. Kalscheur’s research has involved early lactation feeding regimens.  In the most recently completed experiment, multiparous cows received diets from calving until 16 weeks of lactation formulated to 16% or 18%  crude protein using either soybean meal or canola meal.  The cows given canola meal consumed almost 2 lb more feed of dry matter and produced 9.8 lb more milk over the course of the study.  Surprised by these findings, Dr. Kalscheur stated: “Canola meal provides a cost-favorable source of essential amino acids”. He is now investigating the effects of canola meal on lactation when fed during the transition period.

This research was part of the Canola AgriScience Cluster, with funding provided through Agriculture and Agri-Food Canada’s Canadian Agricultural Partnership, the Canola Council of Canada, Alberta Canola, SaskCanola and the Manitoba Canola Growers. For more information, please visit CanolAmazing.com.

The Canola Council of Canada recently completed a survey of the nutritive value of canola meal produced by 12 Canadian meal producing plants. Samples of meal were obtained 3 times per year for 4 consecutive [Read More …]