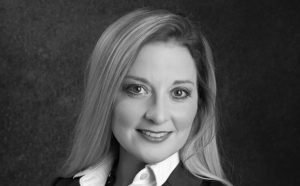 A dairy farmer from Hatley, Wis., was elected by members of Edge Dairy Farmer Cooperative to its board of directors at the co-op’s annual business meeting today during the Dairy Strong conference.

Heidi Fischer of Fischer-Clark Dairy Farm will serve three years on the board in a position that had been open. Fischer works on her farm in north-central Wisconsin with her husband, John, and his parents, Mike and Sue. She manages the cows and calves.

Fischer participated in a Dairy Speaks in D.C. lobbying visit to Washington, D.C., last year, where she met with lawmakers on Capitol Hill to talk about issues important to the dairy community.

Incumbent board member Jerry Meissner, who farms in central Wisconsin, was re-elected.

Edge Dairy Farmer Cooperative provides dairy farmers in the Midwest with a powerful voice — the voice of milk — in Congress, with customers and within their communities. Under the Federal Milk Marketing Orders, the co-op also provides milk testing verification services and market information. Edge, based in Green Bay, Wis., is one of the top cooperatives in the country based on the amount of milk produced by its members. For more information, visit voiceofmilk.com.

Dairy foods and drinks should be an integral part of a new federal effort to promote public health through improved nutrition, a group representing dairy farmers across the Midwest told the U.S. Food and Drug [Read More …]

Ag is being left out of the trade game

Administration fails to tap into dairy’s potential as other countries move on When it comes to global trade, many in the American agricultural community feel like they are being passed by as the rest of [Read More …]