The 2019 year was a rebound in earnings from 2018 for farms that participate in the Dairy Farm Business Summary and Analysis Program. The average rate of return on capital without appreciation increased from 1.1 percent in 2018 to 5.6 percent in 2019. 1 While the average increased, variation continued to be wide in earnings. With 155 farms completed for 2019, the data was sorted by quartile of earnings, as measured by rate of return on all capital without appreciation. The following tables contain selected measures and costs associated with the four quartiles of farms and can be used to see differences across the farms. The lowest quartile of farms averaged -1.1 percent rate of return on all capital without appreciation, with the second quartile averaging 3.1 percent, the third quartile earning 5.5 percent, and the highest quartile of farms earning 8.8 percent.

Analyzing how your business compares to industry benchmarks can be useful to identify areas to consider making management changes. If you are interested in participating in the Dairy Farm Business Summary and Analysis Program, please reach out to the Cornell Cooperative Extension farm business management extension educator in your county. 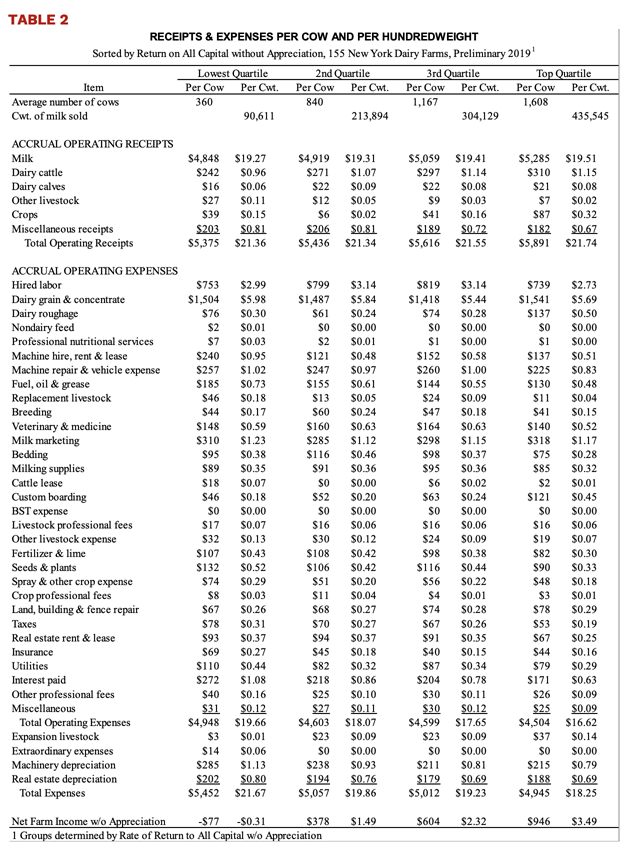 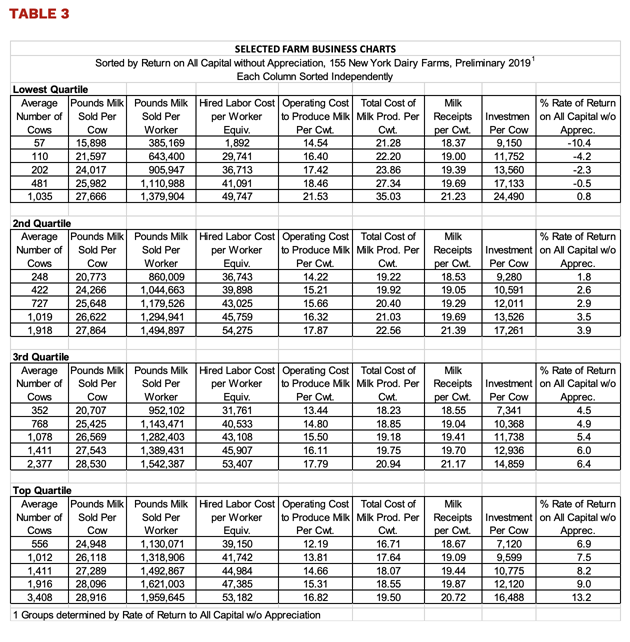 Dr. Tom Overton of Cornell on improving income over feed cost on the dairy

Dr. Tom Overton of Cornell speaks with Joel Hastings of DairyBusiness at the Western Dairy Management Conference. He heads up the PRO-DAIRY program while doing teaching and research. He’s sought after for his nutrition expertise [Read More …]

Cornell Nutrition Conference – Join us in Syracuse next month!