In preparation for a meeting this summer, we decided to dig deeper into what has been driving milk price in the NorthEast for the last three years.  Two things were surprising to industry pundits.  First, most variability in milk price is described by the changes in NFDM prices.  Second, the Class I utilization has a minimal effect one milk price as long as the difference between Class I and the other classes is not terribly large.

Given that we have been able to predict PPD fairly closely, we are extending the model to farm income a few months into the future.  It is our hope that this type of a tool will be helpful for budgeting and working with lenders.

For April, our example herd was UP 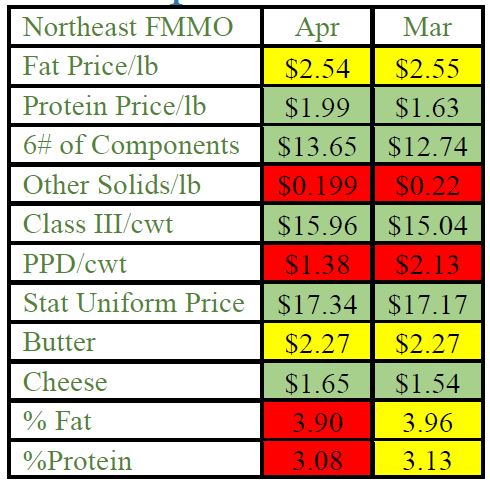 NFDM, the sleeping giant in milk price – Price of milk (SUP) is determined largely by the commodity prices of: NFDM, whey, butter and cheese, as well as the utilization of each class of milk. The current Class I utilization is 31%. This number has been slipping for a long time, but what if this was 40%? The SUP would only increase $0.28/cwt. Increasing Class I utilization may not be the silver bullet for higher milk prices that conventional wisdom has suggested. For the current SUP, cheese price represents 45% of the value followed by butter representing 26%. By locking in butter and cheese prices, you lock in 72% of the milk check value. However, right behind butter is NFDM which represents 25% of the value, followed by whey at only 3%. This suggests NFDM should not be ignored when forward contracting. If we look at what historically drives milk price, the single strongest relationship is NFDM which describes 45% of the variation. In Figure 1 on Page 2, for the last 3 years, when NFDM is up, SUP is up, and when NFDM is down, SUP is down. Using our model, with today’s NFDM value, SUP is estimated at $17.46/cwt. Whey and NFDM seem to travel together (Figure 2); however, the contribution of whey to the milk check is insignificant. The relationship of butter and cheese individually to SUP was very low. This is because the variability of cheese and butter are about 50% less than the variability of NFDM. The bottom line is that if you want to know if the price of milk is going up or down, watch NFDM. 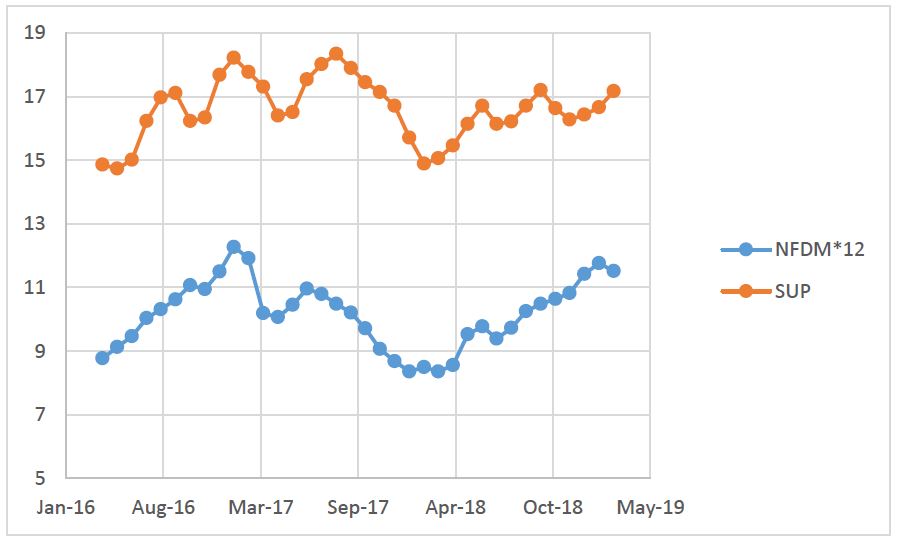 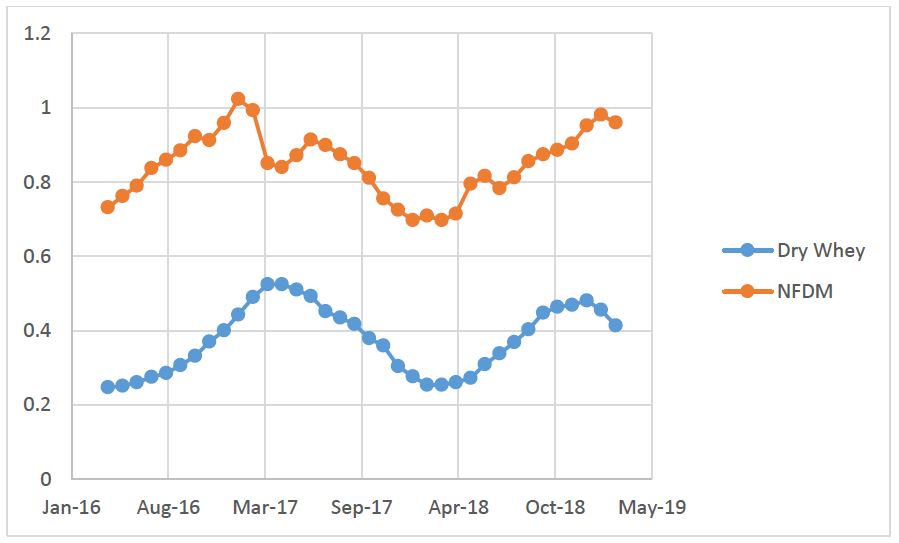 In the film “Julie & Julia,” author and blogger Julie Powell writes, “The day there’s a meteorite heading toward the earth and we have 30 days to live, I am going to spend it eating [Read More …]