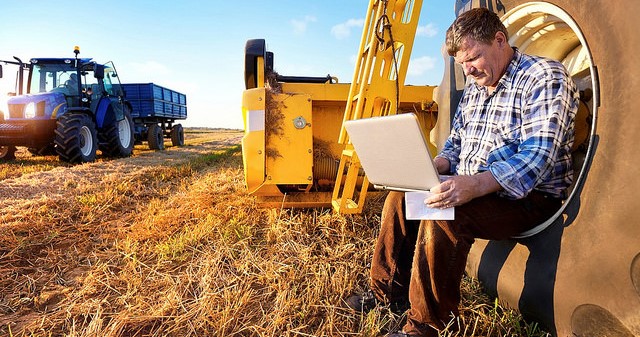 The Agricultural Broadband Coalition hopes that Congress will take up and pass the legislation so as to help facilitate greater access to broadband internet access on cropland and ranchland. (U.S. Department of Agriculture, Flickr/Creative Commons)

The Agricultural Broadband Coalition applauded bipartisan leaders in the House and Senate for introducing the Precision Agriculture Connectivity Act of 2018, a milestone piece of legislation that will help to revolutionize farming across the United States.

The legislation, which was introduced in the Senate by Sens. Roger Wicker, R-Miss., and Amy Klobuchar, D-Minn., and in the House by Reps. Bob Latta, R-Ohio, and Dave Loebsack, D-Iowa, will help to facilitate the deployment of broadband internet across rural America — including ranchland and cropland, where broadband connectivity is increasingly essential for production agriculture.

“Bringing together the Agriculture Department, the Federal Communications Commission and public and private stakeholders to address the needs of precision agriculture ensures current and future generations of farmers and ranchers will have the necessary connectivity to achieve optimal yields, lower environmental impact and maximize profit,” American Farm Bureau Federation President Zippy Duvall said. “Broadband deployment in unserved and underserved croplands and ranchlands is essential to farmers and ranchers who produce the food, fuel and fiber across the United States and around the world.”

“Farm equipment manufacturers applaud Sens. Wicker and Klobuchar and Congressmen Latta and Loebsack for working to make sure the federal government evolves along with the technology that has revolutionized modern agriculture,” said Nick Tindall, senior director for the Association of Equipment Manufacturers, the chair of the Agricultural Broadband Coalition. “This legislation creates a clear mandate for the FCC to work with other branches of government to develop a comprehensive strategy to both update our rural infrastructure, and ensure that those investments meet the needs of farmers and ranchers, and the machinery on which they rely to feed the world.”

The Precision Agriculture Connectivity Act of 2018 creates the Task Force for Meeting the Connectivity and Technology Needs of Precision Agriculture in the United States. Within a year, the task force is intended to bring together public and private stakeholders to evaluate current programs affecting broadband internet access on cropland and ranchland, identify and measure existing gaps in coverage, and develop policy recommendations to address that gap. The task force is also charged with developing specific steps the FCC, USDA and other federal agencies can take to address gaps in coverage.

The Agricultural Broadband Coalition hopes that Congress will take up and pass the legislation so as to help facilitate greater access to broadband internet access on cropland and ranchland.

A primer on dairy for the curious non-farmer If you are one who is perplexed by simple questions about agriculture that you don’t understand, read on. Today’s article is a primer on dairy, written primarily [Read More …]

Wednesday, June 19 at 7:00 p.m. at the Town of Pound Hall The Oconto-Marinette County Farm Service Agency, along with Scott Reuss from University of Wisconsin-Extension, are hosting a Dairy Margin Coverage (DMC) informational meeting [Read More …]

Introduction On Tuesday, Oct. 29, USDA released the text of its interim final rule for regulations establishing a domestic hemp production program. Since this is an interim final rule, it will be in effect immediately [Read More …]

With over 100 people attending coming from more than 15 states coast to coast and three foreign countries, the National [Read More ...]