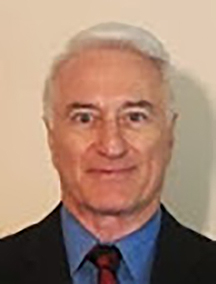 Nonfat Dry Milk (NDM) prices are determined by a weekly survey conducted by the Agricultural Marketing Service (AMS).  In turn, the price of Class IV skim milk, Class II skim milk, and half of the pricing of Class I skim milk are determined from the price of NDM.  Putting all that together, nearly 50 percent of producer milk is priced at least partially on the price of NDM.  NDM prices have been below historical levels for the last six years, causing lower producer milk prices.  This post will review the evolution of NDM production, use, and pricing.

The difference between NDM and Skimmed Milk Powder (SMP) is important.  In some statistics, the two are combined which can make analysis difficult.  See this prior post for a review of NDM vs. SMP.

From 2005 to the present, the usage of NDM/SMP has changed drastically.  In 2005, only 30 percent of NDM/SMP was exported. In 2020, 72 percent was exported (Chart II).  U.S. prices for NDM/SMP are now dependent on international prices.  Chart II shows a 16-year trend with a steady growth in exports.  For the last seven years there has also been a decrease in the domestic use of NDM as other casein protein sources have become available for cheese production.  The trend of increased exports and decreased domestic use appears to be a continuing long-term trend.

The largest U.S, dairy export product measured in tons is NDM.  It is not driven by global demand, but by domestic supply.

From 2005 to 2021, the U.S. production of NDM and SMP has grown by 4.5 percent annually (Chart III).  This is more than twice the growth rate of cheese production.   What has caused the increase in production?  One of the main elements is the growth of butter consumption, which has left an increasing amount of Class IV skim milk available.  Also, the decrease in no fat and one percent fat drinking milk have left less available butterfat (See the February 11, 2021 post to this blog)..

There are essentially no imports of NDM/SMP.  The challenge is to export what is excess in the U.S.

The international market for NDM and SMP is strongly skewed to SMP.  The standards for SMP are set by the WTO.  The U.S. is producing increased volumes of SMP (Chart VI), but it is still much smaller than production of NDM.  The U.S. does not participate in the largest powdered milk market, Whole Milk Powder.

WHAT DOES ALL THIS MEAN?

NDM prices are low, and the data above indicate that this will not be changing.  The new formula for pricing Class I milk is now out-of-date.  The $.74 adjustment in the new formula is out-of-date considering the continued lower prices of NDM.  The lower Class I price resulting from the new formula is lowering the “uniform” price and contributing to low and negative Producer Price Differentials.

Without major changes in U.S export markets, expect continued low NDM prices. To be more competitive in international markets, a new approach would have to be developed.  It is unlikely that this will happen.

How did Dairy Exports and Imports do in 2020?

This post will review the dairy exports and imports for 2020 compared to prior years.  Only cheese and butter will be reviewed in this post as they are the most important commodities used to price [Read More …]

Milk and component production must stay within the bounds of enough milk so there are not shortages and too much milk that results in dumping and overproduction of dairy products.  This post will analyze the [Read More …]