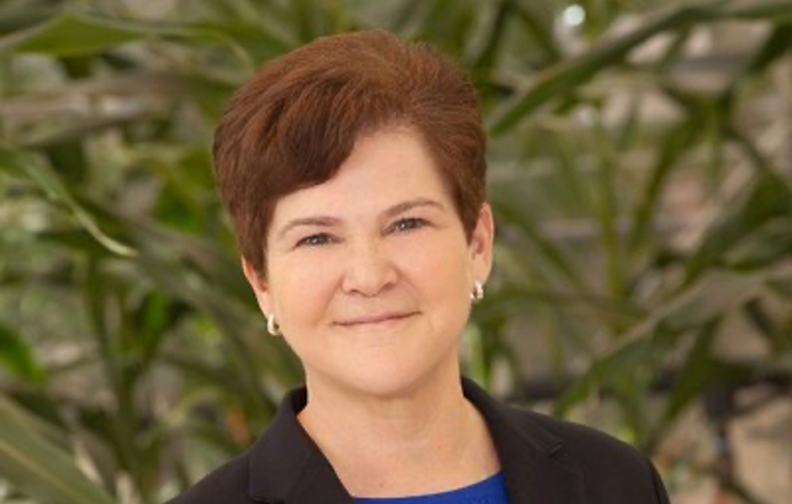 Harden was named USDEC COO in May 2020. During that time, she continued her role as executive vice-president of global environmental strategy for DMI, which manages the national dairy checkoff for 34,000 dairy farmers. Harden succeeds former USDEC President and CEO Tom Vilsack, who has been confirmed as secretary of agriculture in the Biden administration.

Harden becomes only the third president and CEO to lead USDEC since its founding by DMI in 1995 and is its first female chief executive. In her new role, Harden will leverage a strong background within agriculture, sustainability, and food policy in fulfilling USDEC’s mission to promote dairy exports, and enrich the well-being of people, communities, and the planet.

“Krysta has been an incredible addition to the DMI and USDEC staff and will do an excellent job for dairy farmers at USDEC,” said Thomas Gallagher, DMI CEO. “We are extremely fortunate to have someone with Krysta’s background and experience in agriculture and with USDEC ready to step into this critical leadership role.”

Before joining DMI, Harden served as Chief Sustainability Officer with Corteva and DuPont. Harden also spent seven years working with Vilsack at USDA, nearly three of those years as deputy secretary, following posts as Vilsack’s USDA chief of staff and assistant secretary for Congressional relations. At USDA, Harden helped shape agriculture policy and led the implementation of the 2014 Farm Bill. Prior to joining USDA, Harden was CEO of the National Association of Conservation Districts, providing national leadership for thousands of conservation districts across the nation.

“Secretary Vilsack’s USDEC leadership since 2017 fine-tuned the organization to reach record growth in U.S. dairy exports, and l look to build on his legacy,” said Harden. “I will continue his aggressive approach to engaging USDEC member companies, exporters, and dairy producers in export market development efforts. I’ll also work with DMI leadership on issues critical to the dairy industry while leveraging USDEC’s unique leadership role in promoting the United States’ preeminent position as sustainably producing the highest quality dairy products and ingredients anywhere in the world.”

Under Vilsack and Harden’s leadership in 2020, the U.S. exported more than two million tons of dairy solids – an all-time record. With expanded support from state and regional dairy organizations during Vilsack’s tenure, USDEC put more people, promotions, and partnerships to work for U.S. dairy producers and processors. This leadership focusing on meeting international customer needs helped the industry grow and diversify as a supplier of choice in global markets.

“The leadership collaboration between Secretary Vilsack and Krysta Harden this past year was exceptional and helped USDEC drive export gains for U.S. dairy producers amid a very disruptive pandemic,” said Larry Hancock, chairman of the USDEC Board of Directors and a Muleshoe, Texas, dairy producer. “Krysta can lead us to achieve still greater success.”

Harden and her husband, Charles Hatcher, live in Alexandria, Va. She serves as vice-chair of the National 4-H Council Board of Trustees and is a member of the board of directors for the Global Child Nutrition Foundation.

U.S. and Latin American Partners Team Up to Take on Anti-Trade Regulations

A new partnership announced today between U.S. and Pan-American dairy farmers is meant to foster collaboration in promoting trade and combating trade-inhibiting regulations and policies. The partnership – between the U.S. Dairy Export Council (USDEC) [Read More …]

Members of Congress representing dairy districts from across the country joined together today to send a letter to U.S. Trade Representative Robert Lighthizer and U.S. Secretary of Agriculture Sonny Perdue asking them to work together [Read More …]