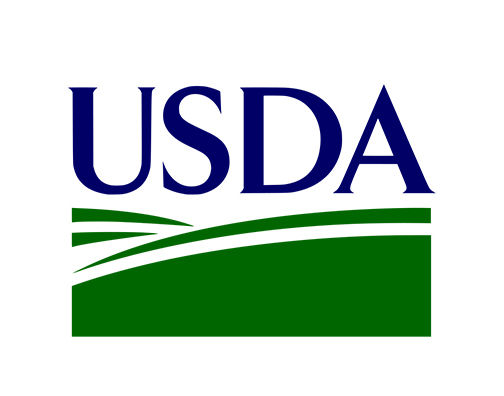 The U.S. dairy sector enters 2021 still in flux following the unprecedented disruptions brought about by COVID-19 in 2020. The sector has shown a remarkable ability to pivot in the changed environment of restrictions on the food service, hospitality and educational sectors and despite volatility in product markets, milk-feed price ratios through much of 2020 were favorable for continued expansion of dairy herds. The dairy sector added 97,800 cows between January 1, 2020 and January 1, 2021 with the vast majority of the increase occurring in the second half of the year. Improvements in producer margins and favorable weather also encouraged productivity gains. In 2020, average milk per cow grew about 1.4 percent on a per day basis, the fastest rate of growth since 2016. Coupled with an additional milking day in 2020 due to leap year, total milk production increased 2.1 percent.

The outbreak of COVID-19 and the resulting restrictions placed on the hotel, restaurant, and institutional (HRI) sector as well as global economic uncertainty squeezed demand and led to a buildup of stocks for a number of products as well as a high degree of volatility in product prices. During the year, milk handlers and producers responded to marketing channel bottlenecks by dumping milk (most notably during April) and changing marketing patterns to take advantage of differences in product prices and demand sources. Milk prices in the second quarter declined sharply as the sector began to adjust to supply-demand imbalances. Milk prices recovered during the second half of the year to average $18.32 for the year as retail demand improved and exports of butter and butterfat, skim milk powder/nonfat dry milk (SMP/NDM), and whey products were above 2019. Government purchases to support the Farmers to Families Food Box program provided some support to product prices. However, at the end of the year, stocks of some dairy products were quite large; butter stocks were the highest since 1992, American-type cheese stocks were the highest since 1984, and NDM stocks were highest since 2004.

Entering 2021, the situation facing the dairy sector is “unsettled” at best. The sector faces uncertainty as to the timing and path of a return to normalcy of demand or what “normal” will even look like. Milk production is forecast at 227.4 billion pounds, 1.9 percent higher than 2020. With larger milk supplies and large stocks of some products overhanging markets, milk prices are expected to come under pressure. Milk producers will be faced with weaker milk prices at the same time feed prices are expected to increase to their highest levels since 2014. This is likely to bring the expansion of the dairy herd to an end and set the stage for cow inventory declines during the year. However, despite lower producer margins, output per cow is expected to increase at a more rapid rate than in recent years; this will also support increases in milk production and components.

On January 1, 2021, the dairy cow herd was 1 percent higher than 2020, but producers were retaining 1 percent fewer heifers for milk cow replacement. The number of heifers per 100 cows is the lowest percentage since 2009. Equally telling, producers indicated intentions to have almost 2 percent fewer heifers calve during 2021. However, dairy cow slaughter in January was near 2020 and is expected to remain below historical levels during the year. Thus, a majority of the decline in cow numbers will likely reflect a slower rate of cow additions rather a significant liquidation of the existing herd. Although the cow numbers are expected to decline before stabilizing in the later part of the year, the dairy herd in 2021 is expected to average 9.435 million head, 0.6 percent above 2020.

Fueled by gains from continuously improving genetics and management, output per cow per day is forecast to increase just under 1.7 percent in 2021, which is the highest rate of growth since 2014. Feed prices are forecast to be higher during 2021 which is expected to slow the rate of increase in output per cow in the second half of the year.

Moving into 2021, the domestic demand situation remains in a state of flux. Restaurant reopenings have occurred in some areas, but restrictions remain in many areas and some loosened restrictions have been subsequently tightened. Although the impacts of COVID-19 on the economy in general and on dairy demand specifically are expected to diminish over the course of the year, the timing of restriction removals and any government programs remain uncertain. Improvements in income and lower unemployment in 2021 are expected to help drive increased use of milk and dairy products, but the moves toward re-opening the food service and hospitality sectors and schools will be important to stimulating demand. With higher stocks overhanging the market and increased supplies of milk moving into products, lower prices will be needed to balance the markets. Domestic commercial use on a fat basis is expected to increase over 2 percent in 2021, but a further increase in fat basis stocks is expected as demand fails to keep pace with supplies. Domestic commercial use on a skim-solids basis is expected to increase by just under 2 percent as firm demand from the export market competes with domestic use and supports prices for whey and NDM. Skim-solids basis ending stocks are expected to decline slightly in 2021.

International markets are an important source of demand for U.S. dairy products. In 2019, the United States exported about 4 percent of milk production on a fat basis and about 19 percent on a skim-solids basis. In 2020, exports grew as U.S prices were competitive with other exporters for most major of products. Butter and milkfat exports were almost 6 percent higher with increases to a number of countries. NDM/SMP exports were 16 percent higher, reflecting increased sales to several Asian countries and whey and whey product exports, principally to China, were 25 percent higher. Cheese and lactose exports were factionally lower than 2019.

For 2021, the U.S. is expected to find support from an improving global economy, moderate production growth among competing exporters, and competitive prices for some products vis-à-vis competing exporters. This demand strength is expected to be most apparent in exports of butter, dry whey, and NDM/SMP. China is expected to remain a strong buyer of whey products as it rebuilds its swine herds. For several other exported dairy products, strengthening domestic demand as the year progresses is likely to erode at least some of the underlying price competitiveness of U.S. exports and current logistical constraints create a degree of uncertainty in competitiveness, but in general exports on both fat and skims bases are forecast to be stronger in all quarters. For the year, exports on a fat-basis are expected to reach 10.1 billion pounds; about 8 percent above 2020 and on a skim-solids basis, exports are forecast to be about 48.9 billion pounds, more than 3 percent above 2020.

Large Stocks Have to be Worked Down

With a few exceptions, (notably several categories of whey products) commercial dairy product stocks were higher at the end of 2020. Much of the increase occurred during the second quarter as the sector was unable to pivot as rapidly to COVID-19 related dairy market supply chain disruptions. Although stocks declined as the sector adjusted, by the end of the year stocks had increased again. Fat basis stocks at the end of 2020 were about 15 percent higher at 15.6 billion pounds. This is the highest level since 1992. On a skim-solids basis, stocks were almost 6 percent higher at just over 10.8 billion pounds. This is the highest level since 2017.

Stock levels in 2021 are expected to decline from their mid-year peaks as domestic and export demand improves. However, stocks will likely remain relatively large, especially on a fat basis as stocks of cheese and butter are quite large. Fat basis ending stocks are expected to increase about 2 percent from 2020 as demand for cheese and butter is more than offset by increased production. However, with support from stronger exports of NDM/SMP and whey, on a skim solids basis, ending stocks are expected to be 10.6 billion pounds, 2 percent below year-earlier levels.

Prices to Average Lower in 2021

In the face of disruptions in both production and marketing due to COVID-19, butter, cheese, NDM, and whey prices fluctuated significantly during 2020. In the months following the imposition of stay-at-home orders and marketing bottlenecks, prices declined sharply. Dried whey prices, on the other hand increased. In the third quarter, prices recovered for cheese, butter, and NDM, but declined for whey. In the fourth quarter, cheese and butter prices declined again, likely reflecting increasing stocks, but support from exports helped lift NDM and whey prices. As 2021 begins, cheese and butter prices are under pressure from larger supplies, but NDM and whey prices continue to receive support from the export market. This pattern is expected to continue through the first quarter. Beyond the first quarter, an improving domestic U.S. economy and an expected relaxation of restrictions on the HRI sector should help lift cheese and butter prices. For 2021, cheese prices are forecast to average $1.695 per pound and butter will average $1.455 per pound, both below last year’s averages.

Firm international demand is expected to support U.S. exports of SMP/NDM and whey. With a relatively large share of these products exported, their prices are more closely linked to supply and demand conditions in international markets that products with a more domestic focus. With moderate increases in milk production likely among Oceania exporters, competition in a number of markets is expected to intensify in the later part of the year. This may result in downward pressure on NDM prices. For the year NDM prices are forecast to average $1.125 per pound, 8 cents higher than 2020. Although increased competition is likely to manifest itself in whey markets as well, China’s demand is expected to keep whey prices firm through most of 2021. Whey prices are forecast to average 48 cents per pound for 2021, almost 12 cents above last year.

In the face of large supplies pressuring butter and cheese prices, the 2021 all milk price is forecast to decline to $17.15 per cwt. The Class III price is expected to decline to $16.60 as the weakness in cheese pries more than offsets strong whey prices. Conversely, the Class IV price will increase as stronger NDM prices more than offset a weaker butter price. The Class III price is forecast to average $16.60 per cwt and the Class IV price is expected to average $13.70 per cwt.

Additional information about the 2021 dairy forecasts is available at:

Cow numbers down, production per cow up Dairy herds in Indiana produced 345 million pounds of milk during June, down 0.6 percent from a year ago, according to Marlo Johnson, Regional Director of USDA, NASS, [Read More …]

With hot weather, the main concern is often loss of milk production, but heat stress can also cause cows to experience a seasonal high SCC as well. Many dairy producers experience an increase in their [Read More …]