According to the most recent March numbers from USDA, the number of milk cows on farms in the United States in February 2019 was 77,000 head less than in February 2018. However, productivity per cow overall keeps increasing. For the 23 major dairy producing states, production per cow averaged 1,838 pounds for February 2019, an increase of 21 pounds from February 2018. Since USDA began reporting the 23 states series, this is the highest production per cow recorded for the month of February. Overall, U.S. milk production was up by 0.2 percent in February from a year earlier. However, in Pennsylvania, milk production has decreased by 6 percent in this time frame (NASS, 2019).

Things are improving on the consumption side, at least when it comes to butter and powder price trends. Butter usage in the US has increased by 2 percent from 2018. Butter inventories were down 9 percent by the end of February compared to February 2018. Global milk powder prices have increased and U.S. exports of milk powder increased by 18 percent in 2018 and inventories of NFDM at the end of January decreased by 10 percent from a year earlier (LMIC, 2019).

Figure 1: Percent Change in Dairy Metrics from 2009 to 2018 for Pennsylvania and the Top Five Dairy States 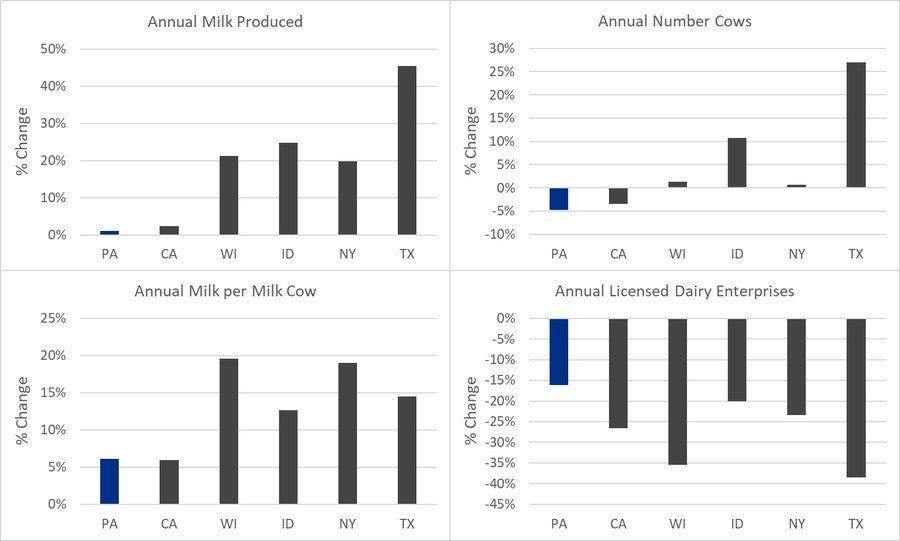 Income Over Feed Cost, Margin, and All Milk Price Trends

February final prices had slight positives on most fronts. All milk price was up slightly over the previous month and feed cost was slightly lower (due to a more reasonable PA hay market average in Feb.). Class III and Class IV futures are continuing a gradual increase thru the remainder of the year currently, suggesting PA all milk price could approach $20/cwt by the end of the year. 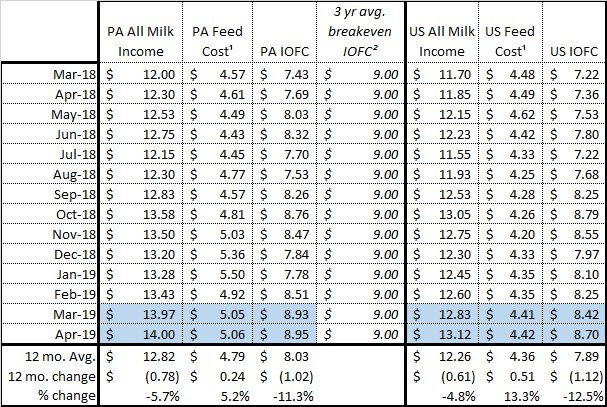 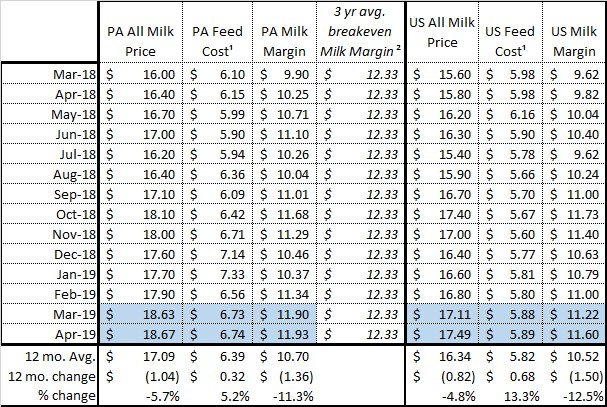 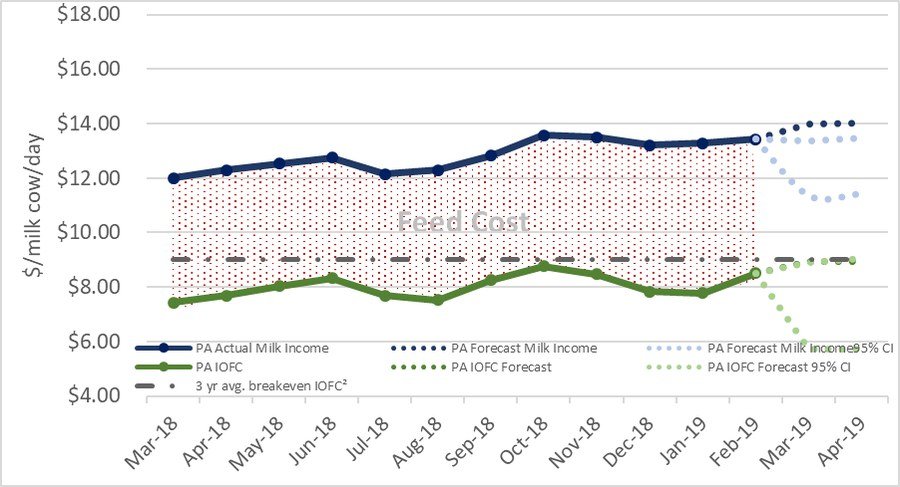 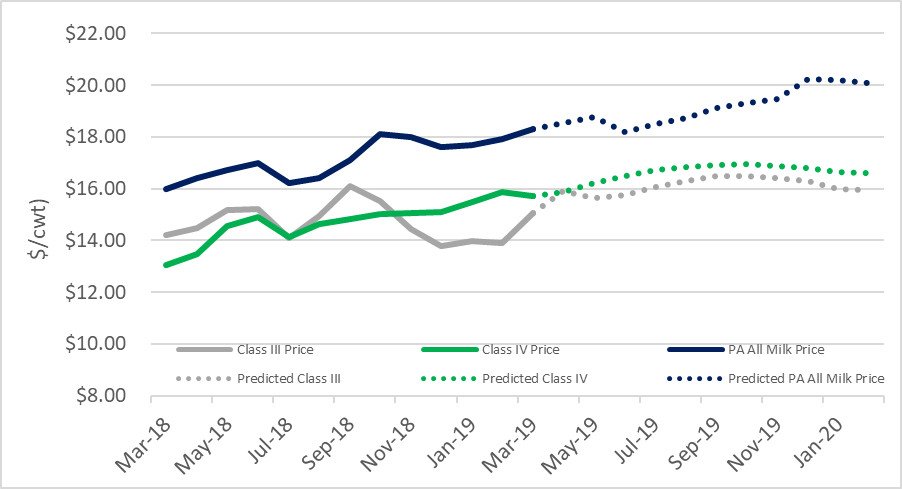 The U.S. dairy industry has organized an effort to address climate change, water quality, food security and other issues. CONGRESSIONAL TESTIMONY For generations, U.S. dairy farmers have been stewards of their land’s natural resources, the [Read More …]

Heat stress is Detrimental to Your Cows; Feeding Protected B Vitamins Can Help

Dairy cows are very susceptible to heat stress and will adapt by reducing their milk production. Only half of that milk reduction is explained by a lower dry matter intake; other metabolic changes are involved [Read More …]

Milk Production Decreases in 2019. Is it enough?