The milk price forecast for 2018 is starting to solidify, and good news is hard to find. U.S. milk production growth has slowed, but global supply is still hampering future price increases.

The milk price forecast for 2018 is starting to solidify, and good news is hard to find. The challenging 2018 milk price forecasts, which we started to write about in this newsletter starting last June, continue to cloud the dairy horizon. For some months, we have been recommending that 2018 cost of production on Pennsylvania dairy farms would need to be below $17.50/cwt in order to cash flow, and even that cost of production will not provide much profit margin at the current forecast 2018 Class III prices. As you can see from the numbers in Table 3: 24 Month Actual and Predicted Prices, our PA Milk price forecast for the first 10 months of 2018 is $16.86.

Bearish factors keeping futures prices in check continue to include the heavy inventories of dried milk products in inventory in the E.U. as well as the expected milk production increase this year in the European Union. The EU is currently the world’s largest exporter of milk powder; last year they moved 50% more powder onto the world market than the United States. So, even though there are glimpses of positive trends— U.S. cow numbers not growing, total U.S. milk production only growing at a bit over 1% instead of 2% or greater, this positive news is not seen as denting supply enough for the markets to anticipate future price increases.

US Farm Income and Debt Levels

USDA has calculated the Net Farm Income (profit earned on all farms across the United States from the sale of all commodities produced) will be up 3% from the previous year and will total $63.2 billion for fiscal year 2017. This is good news that Net Farm Income (NFI) has increased slightly year over year, but a sobering realization about NFI is that in 2013, NFI was $ 129 billion. In the space of 4 years, the national income from agricultural production dropped by more than half. This staggering erosion of profit is being worked out in the Ag economy in many ways. USDA just released figures showing that in those 4 years (2013-2017) farm debt rose almost 20%. Eventually, if commodity prices do not rise, debt levels can’t continue to rise because there will not be the cash flow to service the increased debt. Putting additional pressure in this area is the expected Federal Reserve actions this month. An announcement on an interest rate increase is widely expected. Obviously, the most direct impact of this interest rate increase on farm businesses is on the interest rate of lines of credit and short term variable rate loans. 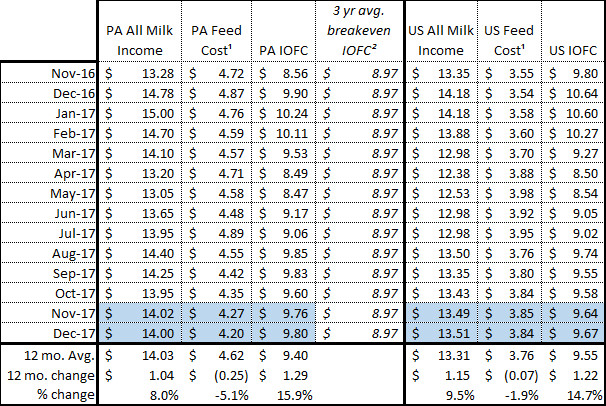 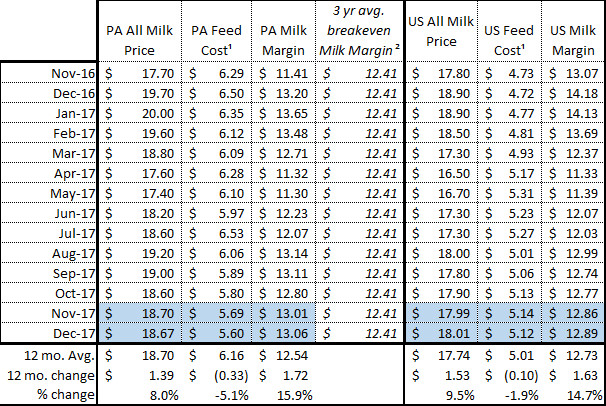 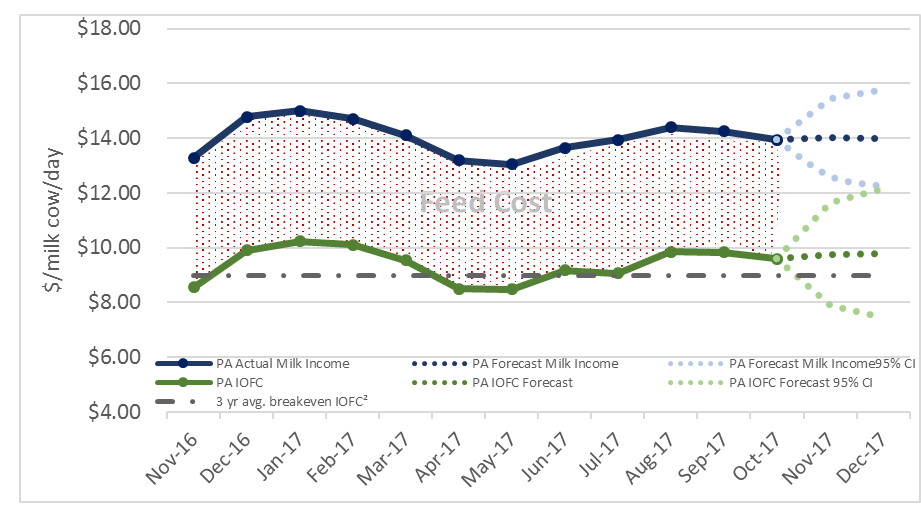 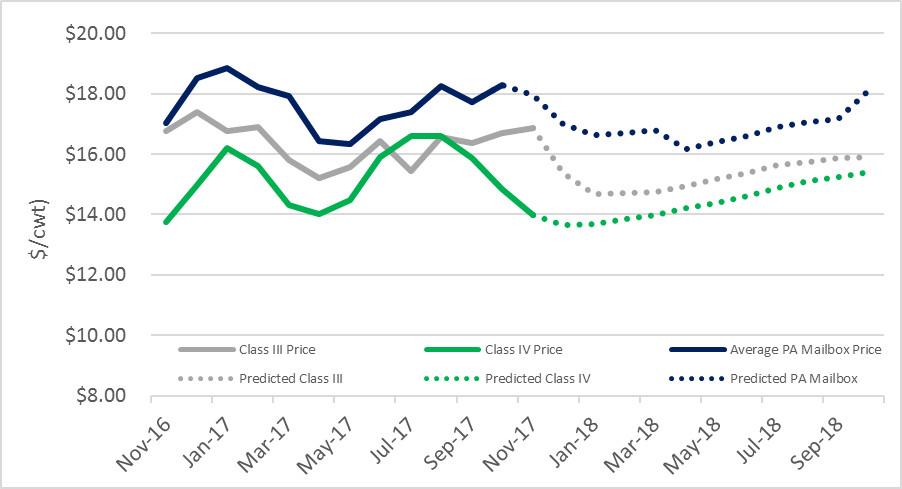 Focus on total pounds of milk produced, not milk per cow, for positive cash flow. Production perspective: If ten consultants were asked to name their top influencer to a positive cash flow, there would probably [Read More …]

This list has been retweeted so many times (146), we decided to turn it into an infographic.  A June 7 article on this blog included a list of facts about U.S. dairy exports to Mexico. On June [Read More …]