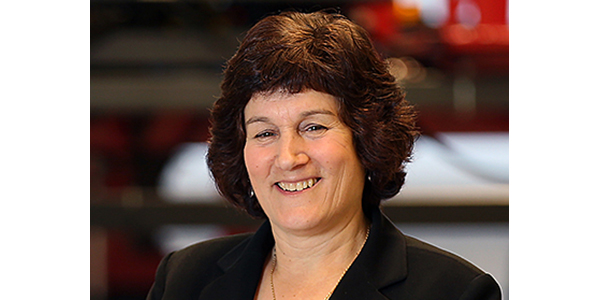 Karen Plaut is the new Glenn W. Sample Dean of the College of Agriculture at Purdue University.
Plaut was selected from a group of three finalists after a national search. She succeeds Jay T. Akridge, who became Purdue provost and chief diversity officer in November 2017 following an interim role in that position that began in July.

“I couldn’t be more pleased that our search committee, after a very thorough process, has chosen Karen Plaut,” Purdue President Mitch Daniels said. “Purdue’s College of Agriculture is known around the world for its leadership in food, agricultural, life and natural resources sciences, and Karen’s work in multiple capacities has certainly helped make that so.”

“As the former agriculture dean, I had the pleasure of working directly with Karen for many years,” Akridge said. “The depth of Karen’s leadership capabilities and range of professional experiences will serve her extremely well in this new role. Her passion for the college and its three land-grant missions, her creativity, and her demonstrated commitment to building a climate of excellence, respect and inclusion make Karen the right person to take the college to higher levels of impact and achievement.”

As dean, Plaut will be responsible for administering academic programs in the College of Agriculture, the Indiana Agricultural Experiment Station, Purdue Extension and a number of state regulatory services. In addition to her role as administrator, Plaut also has an active research program in mammary gland biology.

“I am grateful for the trust the university has placed in me to lead the College of Agriculture,” Plaut said. “Purdue didn’t become one of the premier agriculture programs by accident. It has a history of incredible leadership that can be seen through the achievements of the faculty, staff and students. I will challenge myself every day to build on that success.”

Participate in the Water Matters Tours, scheduled for June 25 and 26 in Fennimore and Eau Claire, Wis., respectively. Each one-day session will include tours to area dairies and conversations with herd managers and other [Read More …]