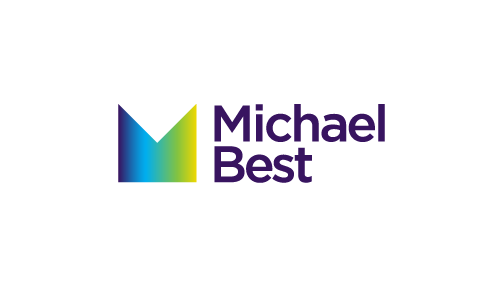 Last night, President-elect Joe Biden announced his $1.9 billion dollar American Rescue Plan to combat the COVID-19 pandemic, build a bridge towards economic recovery, and invest in racial justice. President-elect describes the plan as a package of emergency measures to meet the nation’s immediate economic and health care needs, to be followed in February by a broader relief plan he will unveil in his first appearance before a joint meeting of Congress.

• $20 billion in a national vaccination program in partnership with states, localities, Tribes and territories. This will include launching community vaccination centers around the country and deploying mobile vaccination units to hard-to-reach areas.

• $50 billion for massive expansion in testing. This would provide funds for the purchase of rapid tests, investments to expand lab capacity, and support to help schools and local governments implement regular testing protocols.

• Provide grants to more than 1 million of the hardest hit small businesses. This $15 billion in flexible, equitably distributed grants will help small businesses get back on their feet, put the current disaster behind them, and build back better.
• Leverage $35 billion in government funds into $175 billion in additional small business lending and investment. With a $35 billion investment in successful state, local, tribal, and non-profit small business financing programs, Congress can generate as much as $175 billion in low-interest loans and venture capital to help entrepreneurs — including those in the clean energy sector — innovate, create and maintain jobs, build wealth, and provide the essential goods and services that communities depend on.

• Increase the federal, per-week unemployment benefit to $400 and extending it through the end of September.
• Increase the federal minimum wage to $15 per hour.
• Expand emergency paid leave to include federal workers.
• Provide a maximum paid leave benefit of $1,400 per-week for eligible workers.
• Reimburse employers with less than 500 employees for the cost of this leave.
• Provide expanded paid sick and family and medical leave.

• Provide $130 billion to help schools to safely reopen.
• $170 billion for K-12 schools and institutions of higher education.
• $35 billion in funding will be directed to public institutions, including community colleges, as well as, public and private Historically Black Colleges and Universities and other Minority Serving Institutions.
• $5 billion in funds for governors to use to support educational programs and the learning needs of students significantly impacted by COVID-19, whether K-12, higher education, or early childhood education programs.

Housing
• Extending the eviction and foreclosure moratoriums until the end of September.

Additional Funding and Provisions
• Making the Child Tax Credit fully refundable for the year and increasing the credit to $3,000 per child ($3,600 for a child under age 6).
• $15 billion Child Care and Development Block Grant program
• $20 billion in Indian Country to support Tribal governments’ response to the pandemic.
• $9 billion to expand and improve the Technology Modernization Fund.
• $690M for CISA will bolster cybersecurity across federal civilian networks, and support the piloting of new shared security and cloud computing services.
• Expand food assistance.
• provide support to the international health and humanitarian response; mitigate the pandemic’s devastating impact on global health, food security, and gender-based violence; support international efforts to develop and distribute medical countermeasures for COVID-19; and build the capacity required to fight COVID-19, its variants, and emerging biological threats.

Democrats in Congress were quick to applaud the rescue plan. in a joint statement, House Speaker Nancy Pelosi and Senate Majority Leader Chuck Schumer said “With the COVID-rescue package the President-elect announced today, he is moving swiftly to deliver that help and to meet the needs of the American people. House and Senate Democrats express gratitude toward and look forward to working with the President-elect on the rescue plan,”

“The emergency relief framework announced by the incoming Biden-Harris administration tonight is the right approach,” the pair added. “It shows that Democrats will finally have a partner at the White House that understands the need to take swift action to address the needs of struggling communities.”

Democrats say they want to try to pass a package by mid-March when the special unemployment benefits expire.

Some aspects of the proposal — like stimulus checks, expanded unemployment benefits and the minimum-wage increase — can be done under the special budget tool, while most experts say others like health, education and local government aid wouldn’t qualify for a simple-majority vote. Biden has signalled that he would like to pass this plan without having to use these special budgetary tools.

It has been reported that the incoming Biden administration has already begun trying to line up bipartisan support for the COVID-relief package, which could mean significant changes to the legislation in order to attract more Republican support. This goal was also communicated to the congressional aides on Tuesday.

NMPF statement on electoral-vote certification and condemnation of insurrection at U.S. Capitol