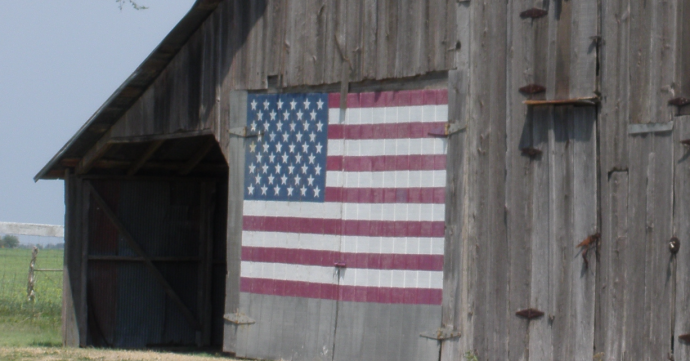 USDA’s most recent Farm Income Forecast, released Sept. 2, provided an update on 2020 farm income projections, as well as the first estimates of state-level farm financial conditions for 2019, e.g., Farm Cash Receipts Forecasted to Hit a Decade-Low in 2020 and A Tale of Two Farm Incomes.

During 2019, gross farm income from the sales of crops and livestock, federal support and other income are estimated at $432 billion, up 2% from 2018, but down $52 billion, or 11%, from the record-high in 2013. At the state level, farm income was the highest in California at $54 billion, up 2% from the prior year. Following California, farm income was the highest across portions of the western Corn Belt and in Texas, which has a high concentration of feed grain, oilseed and cotton production, as well as livestock feeding operations. Farm income in Iowa were nearly $32 billion, up 4% from 2018. The following figure identifies gross farm income from crop and livestock sales, federal support and other sources during 2019.

Historic flooding in early spring 2019 and record rainfall across portions of the Corn Belt led to nearly 20 million acres in prevent plantings and lower crop yields across much of the Corn Belt (Prevent Plantings Set Record in 2019 at 20 Million Acres). Given the short crop year of 2019, farmers likely sold products from the prior year’s inventories. Net cash income, another measure of farm profitability, accounts for these inventory adjustments and sales from the prior year in the current production year. State-level net cash income was the highest in California at $12 billion, followed by states in the Corn Belt and Southwest. Importantly, demonstrating the inventory adjustment due to the short crop year of 2019, net cash income was significantly higher than net farm income across much of the Midwest. For example, in Minnesota, Michigan, Ohio and Illinois, net cash income was 200% greater than net farm income. These states also had high concentrations of prevent plant acreage and lower crop yields in 2019. The following figures identify state-level net cash income, the ratio of net cash income to net farm income and the relationship between 2019 net cash income and the average over the previous decade.

During 2018 and 2019 farmers suffered from demand destruction due to retaliatory tariffs by the Chinese, as well as several large-scale natural disasters including hurricanes, wildfires, flooding and

excessive precipitation. To help farmers impacted by these unanticipated shocks to the farm economy, Congress and the administration delivered two ad hoc disaster assistance packages in 2018 and 2019, as well as Market Facilitation Program trade assistance packages. During 2019, total federal support, including these ad hoc programs and traditional farm bill programs, totaled $22.4 billion, up 64% from the prior year. Importantly, these federal payments do not include recent ad hoc support to offset the impact of COVID-19 on the farm economy.

State-level federal support was the highest in Iowa at $2.1 billion, followed by Texas at $1.8 billion and Illinois at $1.7 billion. Support was the highest in these areas due to the concentration of soybean and cotton production and the impact of retaliatory tariffs on the prices of the commodities. Importantly, while federal support increased substantially in 2019, the correlation between federal support and gross cash receipts was over 90% over the last decade – suggesting that federal support follows closely portions of the U.S. with a high concentration of crop, specialty crop and livestock product sales. The following figure identifies total ad hoc support by state for 2019.

As a percent of gross farm income, at the national level, federal support represented approximately 5% of gross income. The average over the last decade was 3%. At the state level, federal support as a function of gross income was the highest in North Dakota at 11% and along the Mississippi, with Louisiana at 11% and Mississippi and Arkansas both at 10%. The level of federal support aligns with areas that received increased ad hoc support – either through the disaster assistance programs or the MFP trade assistance programs. As expected, the level of federal support was lower in the West and Northeast, where fewer acres are allocated to covered commodities and more acres instead are in livestock or specialty crop production that received less support on a per unit basis from the ad hoc programs.

USDA’s recent September Farm Income Forecast provided the first estimate of state-level farm financial indicators. As anticipated, gross farm income, net farm income and net cash income are the highest in areas with high-value fruit and vegetable production, highly productive cropland and areas with a high concentration of livestock operations. While net farm profitability was estimated higher in 2019, due in large part to increased ad hoc support, net farm income in many states continues to be well below the previous decade’s average. As a function of gross farm income, ad hoc and other federal support in 2019 represented approximately 5% of cash receipts, up slightly from the prior decade. At the state-level, federal support was the highest in areas where natural disasters were more prevalent and where crops most subject to retaliatory tariffs were grown.