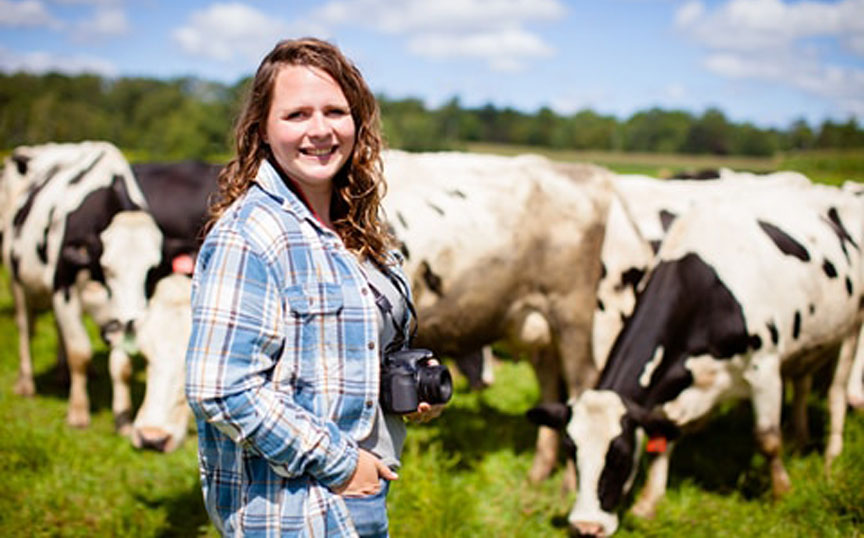 Editor’s note: You can listen to Brittany Olson discuss this issue further in episode 27 of DairyVoice, which is available below the article.

Even though my days as a farm journalist are getting farther and farther behind me in the rearview mirror, the desire to know what’s going on in the world is one that I still haven’t been able to shake. One day, I was reading Wisconsin Ag Connection as I do before chores every morning when I came across a piece titled “USDA Announces Production Controls on Cherries”.

Simply put, tart cherry growers decided to restrict a third of the current crop to prevent a drop in prices. The other two thirds of the crop can be sold as usual to fulfill existing demand, but the restricted percentage of the crop cannot enter the U.S. market until the Cherry Industry Advisory Board gives a green light to release the crop held in reserve. Until then, cherries held in reserve must either be exported or used in new product and/or new market research and development.

Tart cherries aren’t the only crop under supply management in the United States, either. Cranberries, sugar beets, and potatoes are also subject to supply controls in our country. Restricting and reducing supply to maintain and improve prices — what a concept, right? Sounds like Economics 101. This begs the question: why can’t we make this happen for other commodities, particularly dairy? We’ve heard all the arguments against it before.

No one said we had to mirror our northern neighbors, but give me Letterkenny, Red Green, and all-dressed chips.

“It’s not the government’s job to ensure profitability for anyone.”

This is also true. The function of price is (and should be) to ration supply. However, it’s also not the government’s job to do a lot of things that the government does anyway.

And lastly, my favorite…

Balancing supply with demand to create true price discovery is about as capitalist and ‘free market’ as it gets. What is socialist, friends, is taxpayer-funded welfare ala direct payments and heavily subsidized insurance — the current system we have in place now is designed to keep farmers hovering just above poverty by dangling a carrot that is 80 percent paid for by Joe and Jane Taxpayer to string them along and keep churning out the most affordable food supply of any developed country. Furthermore, if supply management for dairy had been implemented in 2014 as it very nearly was, the rate of farm exits would have slowed and the government would have saved over $1 billion in total expenditures paid to dairy farmers in the form of insurance indemnities and direct payments.

Many arguments against supply management for dairy display an undercurrent of greed and cognitive dissonance that reminds me of one of my favorite verses from the gospel according to Matthew: “Why do you look at the speck in your brother’s eye, but not the log in your own?” We all want better and more consistent milk prices, but don’t want to shatter our fragile egos by reducing production to make that happen. We rail against single parents, particularly in urban areas, receiving food stamps and welfare payments to keep their children fed and clothed while conveniently forgetting the billions of dollars doled out each year (especially in 2020) to farmers of all stripes to keep growing and raising food that can’t be sold at a profitable price because there’s just too much of it already.  I also recall being at World Dairy Expo last fall when USDA secretary Sonny Perdue said that too much milk was dragging down farmgate prices — but in the same breath refused to consider supply management for dairy. It wasn’t too long after that that he made his infamous comment that ‘the big farms get bigger and the small ones go out’.

I want to hear how it’s supposedly un-American for dairy farmers to make supply management happen when it’s working out all right for American farmers growing cherries, cranberries, sugar beets, and potatoes. If balancing supply with demand is socialist, then does that make cherry pies, mashed potatoes, cranberry sauce, and the sugar sprinkled on my lefse at Thanksgiving less patriotic? I can just imagine that kind of thinking now: “Hold that communist cherry pie, dear, so I can smother this slice of pumpkin pie in whipped cream that some poor dairyman got subsidized to lose their shirt to produce.” That would really leave a sour taste in many mouths.

Life is like a bowl of cherries, and sometimes you end up with a bunch of pits. Heaven knows that we’ve had to swallow our fair share of those the last five years. Some of the lessons that cherries teach can and should also be applied to cows, if you look hard enough. A better and consistent price for our products as dairy farmers would taste darned sweet if we could take a good look at what we can do to make that happen.

Brittany Olson is elevating rural issues through Wisconsin Farmers Union’s Rural Voices project. She is a dairy farmer, writer, and photographer from Chetek, WI. Learn more about WFU and Rural Voices at www.wisconsinfarmersunion.com/ruralvoices.

You can listen to Brittany discuss this issue further in her interview with Joel Hastings of DairyBusiness News on DairyVoice below:

Edge Dairy Farmer Cooperative, one of the largest dairy co-ops in the country, continues to urge the U.S. Department of Agriculture to act quickly to help farmers and people struggling to afford food during the [Read More …]