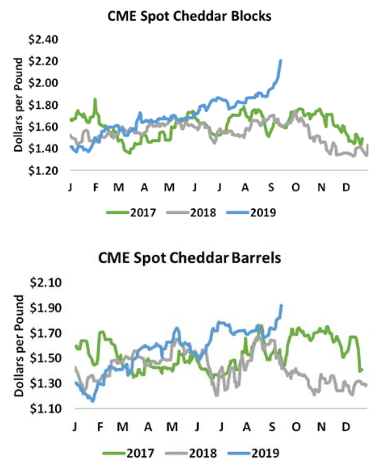 The spot cheese markets blasted into the stratosphere this week. CME spot Cheddar blocks soared to $2.205 per pound, their highest value since October 2014 and an astounding 20.75ȼ above last Friday’s settlement. Cheddar barrels rocketed higher as well, surging 17.75ȼ to $1.92, a nearly five-year high. They traded thrice at that price today. October cheese rallied 7.5ȼ on Thursday and October Class III futures finished 75ȼ higher. Both contracts settled at their upper daily trading limits, the first limit-up moves for these markets since 2016.

Spot Cheddar blocks have moved methodically higher all year. From January to August, they rallied an impressive 46ȼ, gaining an average of nearly 6ȼ per month. But though the bulls made headway, their progress was laborious. Each week it seemed they needed to make their case anew, arguing that tighter milk supplies and falling cheese inventories should lift prices. Now, the bulls are clearly in charge. Blocks have jumped 32.75ȼ in the last two-and-a-half weeks. The market has long acknowledged that Cheddar blocks are in short supply, but, judging by ever high bids, at least some buyers are concerned about securing barrels as well. For much of the year, Cheddar barrels and Class III futures dragged their feet even as blocks ran higher. Now they’re all racing upward together. 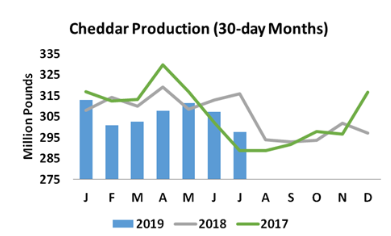 The cheese markets have strengthened tighter milk supplies, which have allowed cheese makers to direct milk into varieties that best match consumer preferences rather than those –like Cheddar barrels –that allow processors to push the most milk through their plants. Strong pizza sales have pulled more milk away from Cheddar and into mozzarella vats. Through July, U.S. Cheddar production was down 3.1% from a year ago, while mozzarella output was up 4.1%. Excellent domestic demand shrunk the U.S. cheese stockpile throughout the summer. Schools are back in session and football season is in full swing, lifting consumption further. Buyers are clearly anxious about contracting their supplies ahead of the holiday demand season. 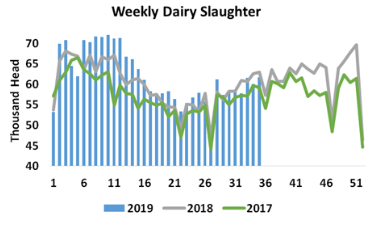 prices and cheap feed may incentivize more milk production and, subsequently more cheese production.” With October Class III futures above $19 per cwt., dairy producers will certainly do what they can to add milk, keeping their barns and bulk tanks as full as possible. But it will take time for the industry to add a lot of cows and new facilities. Lenders are likely to approach the industry with caution, as dairy producers still have a lot of financial healing to do. The building and permitting process is very slow, and in the mountain states dairy producers will have difficulty securing a market for new milk. Slaughter volumes remain high, suggesting that the dairy herd continues to contract. For years dairy producers have culled aggressively, bred milk cows with beef genetics, and sold heifers to beef feedlots. Now that some may be looking to expand, they may find heifers to be scarce and unappealingly pricey. 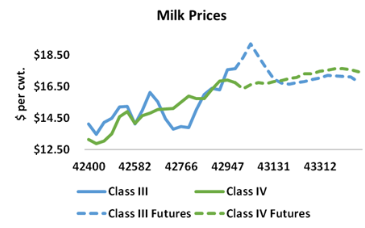 These factors could slow dairy producers’ response to higher milk prices, but if today’s prices hold, more milk is likely. Cheese contacts warned Dairy Market News, “Without the potential for new market opportunities, the U.S. may again have a lot of cheese that is hard to sell.” That concern explains why nearby futures contracts rallied with exuberance while deferred contracts were more reticent. Compared to last Friday, October Class III settled $1.48 higher, and November was up 99ȼ. All 2019 futures established life-of-contract highs. First-half 2020 contracts finished 27ȼ to 57ȼ above last Friday’s closing prices.

The Class III markets got a boost from whey as well. CME spot whey powder gained 0.25ȼ this week and closed at 39.75ȼ. Whey futures moved sharply higher after China rolled back its tariff on U.S. whey permeate imports from a punitive 25% to the most-favored nation rate of just 2%. Chinese whey imports have suffered as African swine fever has decimated the world’s largest hog herd. Under the new tariff rates, the U.S. is likely to regain its share of the shrinking Chinese whey market.

The butter markets bounced back from last week’s disappointingly low prices. CME spot butter jumped a nickel to $2.2225. Enthusiasm is lacking. There is plenty of butter in the world. However, European butter prices are finally starting to perk up.

It was a wild week in the grain markets as well. USDA updated its crop balance sheets, trimming its corn and soybean yields as expected. USDA projects the corn crop to yield an average of 168.2 bushels per acre, 1.3 bushels less than then agency’s August estimate and8.2 bushels lower than last season. For soybeans, USDA dropped the yield by 0.6 bushels to an average of 47.9 bushels per acre. That’s down 3.7 bushels from last season to a six-year low. Many traders assume that USDA will lower yields further next month.Much depends on if the crops are allowed to fully mature before a frost arrives. But demand is lower too, and end-of-season stockpiles of both corn and soybeans are likely to be plentiful.

Corn futures moved lower initially after the crop report, but then followed soybeans upward. The oil seeds rallied after signs that the icy U.S.-China trade relationship was starting to thaw. Chinese firms purchased several cargoes of U.S. soybeans for the first time in months, and Beijing promised to exempt U.S. soybeans and pork from tariffs while the two sides negotiate. The government also promised to encourage Chinese businesses to buy “a certain amount” of U.S. agricultural products. With that, the markets turned higher. November soybeans settled at $8.9875 per bushel, up 41ȼ. December corn closed at $3.6875, up 13.25ȼ. 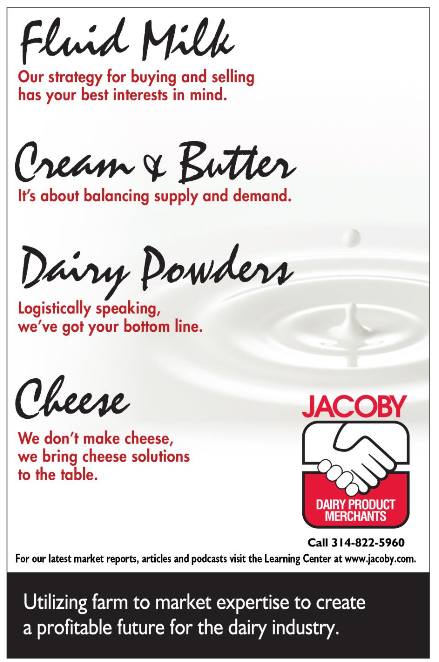 Tariffs Represent a Storm Cloud on an Otherwise Sunny Horizon

It was another wild week on LaSalle Street, as traders focused much of their attention on Pennsylvania Avenue. Last weekend, Beijing sent a revised draft of the proposed U.S.-China trade agreement to the White House, [Read More …]