Voice of our beloved Big Tex, Mr. Robert “Bob” Boykin, has passed away 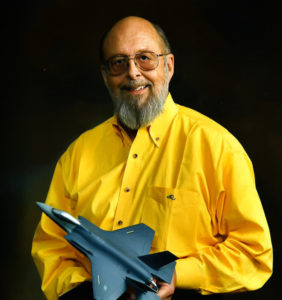 With great sadness in our hearts, the State Fair of Texas is announcing the passing of the voice of our beloved Big Tex, Mr. Robert “Bob” Boykin.

Bob (August 28, 1946 – January 23, 2020) was a true Texan – born in Dallas and raised in Richardson, he graduated from high school in North Texas. He worked as an announcer for Green Valley Raceway to put himself through college at Arlington State College (now known as the University of Texas at Arlington.) He joined the United States Marine Corps and eventually settled into a more than 40-year career at Lockheed Martin. During that time, he had a hand in designing projects like the stealth bomber and F-16, in addition to guiding tours around the Fort Worth plant for dignitaries from all over the world.

While he accomplished many great things, he held tightly to a dream he had ever since he a young boy. His dream was to be the voice of Big Tex.

“People have bucket list items of things they want to do in their life. Bob never dreamed he would have the opportunity to voice Big Tex. But he was able to finish that item. He lived his dream,” said Terri Boykin, Bob’s wife of more than 10 years.

Following the 2012 Fair, Terri inquired how someone would audition to be the voice of Big Tex. Bob never expected this dream to become reality – he almost didn’t throw his hat in the ring! He waited until 10 p.m. the night before the deadline. From more than 150 applicants to just four, Bob showed up to the final round of auditions, fully being himself – good, honest, and simple. He got the job. Terri recalls that he was absolutely stunned upon hearing the news that he had been selected as the next voice of Big Tex.

Bob has voiced the iconic cowboy for the past seven years under anonymity. In fact, he was known for talking with fairgoers on the grounds during his breaks, so you may have spoken with the man himself. One of his favorite parts of voicing Big Tex was being able to watch the crowds and see the look on a child’s face the first time they saw the 55-foot cowboy in person. He also loved to see his beloved United States Marine Drum & Bugle Corps march by Big Tex, making a special announcement when they did so.

Bob was a lifetime member of the Shriners and was a Freemason. Bob is survived by his wife, family, friends, and five Great Pyrenees dogs, which are the namesake to his Polar Bear Ranch located in Terrell, Texas. Bob was buried in the Dallas-Fort Worth National Cemetery, with honors, on January 29, 2020 and a celebration of life was held for him this past weekend in Kaufman, Texas.

Thank you for bringing so much joy and life to our iconic cowboy, Bob. We will miss you deeply.

Details about the process of finding a new voice for Big Tex will be announced in the coming months.

Recipients advised to report unsolicited seed shipments Texas residents are now among those across the nation receiving mysterious seeds delivered by mail in tiny bags marked as jewelry. U.S. Department of Agriculture officials are on alert because [Read More …]