These gains will only continue, given the markets that most crave U.S. dairy

The false-but-pernicious idea that dairy is dying has already been laid to rest multiple times. Per-capita consumption of all dairy is its highest since the 1950s. Even fluid-milk purchases (the dairy opponents’ cherry-picked data of choice) rose at grocery stores last year, as consumers sought out what they needed most during a time of higher stress.

But even all that analysis fails to point out another, increasingly important fact crucial to understanding U.S. dairy’s true importance: More than ever, it’s not just Americans seeking out these high-quality, high-nutrition products. U.S. dairy increasingly nourishes the world, with 2020 the most emphatic illustration of that point. 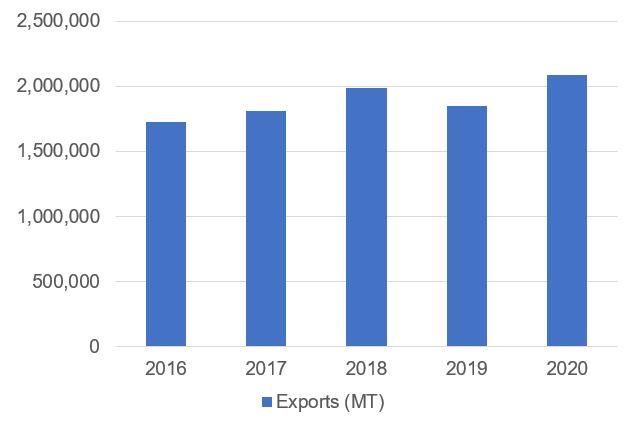 Last year, total milk solids exports (the measurement accommodates for the different types of products milk’s made into) topped 2 million metric tons for the first time, reaching 2.086 million, based on government data crunched by the U.S. Dairy Export Council. Revenues were the highest since 2014. And the percentage of U.S. milk production that’s shipped to other countries increased to 16 percent, showing just how important exports are becoming for U.S. dairy producers – and the consumers around the world who rely on them.

These gains will only continue, given the markets that most crave U.S. dairy. Of those exports, 27 percent were to Southeast Asian markets, 21 percent went to Mexico and 15 percent to China – all areas with growing populations, along with the growing wealth that correlates with greater demand for the high-quality proteins and nutrients that dairy provides.

As the world’s leader in dairy greenhouse-gas reductions and as a trailblazer in animal-care practices, U.S. dairy farmers play an increasingly vital role in sustainably providing nutrition well beyond its borders. The world’s consumers are taking notice. We hope its narrative-setters soon will too.

The National Milk Producers Federation thanked Senator Tammy Baldwin for her advocacy for public health and labeling transparency in her questions for Dr. Stephen Hahn during today’s hearing on his nomination to be commissioner of [Read More …]

In response to the immigration bill introduced today in Congress, NMPF President and CEO Jim Mulhern offered the following statement: “As a leader in agricultural labor reform efforts, NMPF knows all too well that immigration [Read More …]