USDA’s National Agricultural Statistics Service (NASS) has reported milk and feed prices that peg the April 2019 margin under the Dairy Margin Coverage (DMC) program at $8.96 per cwt, which would generate a payment that month of $0.54 per cwt for producers who purchase coverage for 2019 at the DMC maximum level of $9.50 per cwt, for up to 5 million pounds of production history. All four months announced so far this year will generate DMC payments at the maximum coverage level, with program signup set to begin June 17.

The DMC margin for April was just $0.11 per cwt higher than the March margin. The April milk price was $0.20 per cwt higher than a month earlier, and the DMC feed cost was up $0.09 per cwt from March. A sharp rise in the price of alfalfa hay from March to April more than offset slightly lower prices for corn and soybean meal.

As of June 5, USDA’s DMC Decision Tool, which can be accessed online, projected margins that would generate payments that average $0.45 per cwt., which is net payment to farmers after estimated 6.5 percent cut to payments because of government sequestration, for all of 2019 to producers who sign up for $9.50 per cwt coverage on up to 5 million pounds of production history. This would return $0.30 per cwt. after payment of the $0.15 per cwt premium for coverage at this level.

USDA has announced that signups for the 2019 DMC will begin on June 17.

The new Dairy Margin Coverage Program page on the NMPF website offers a variety of educational resources to help farmers make better use of the program. 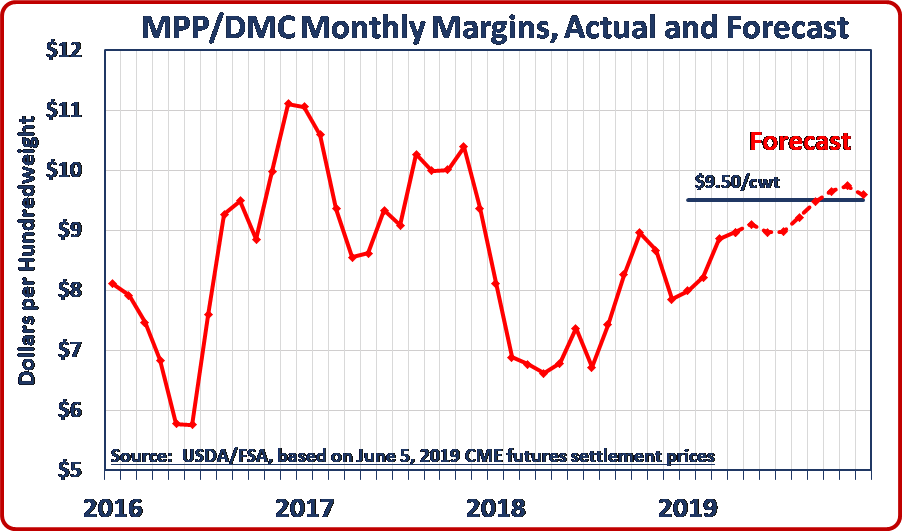 The cattle industry is the largest agricultural commodity in the United States, generating more than $100 billion in farm cash receipts in 2016. Despite cattle’s economic importance, scientists still have a long way to go [Read More …]