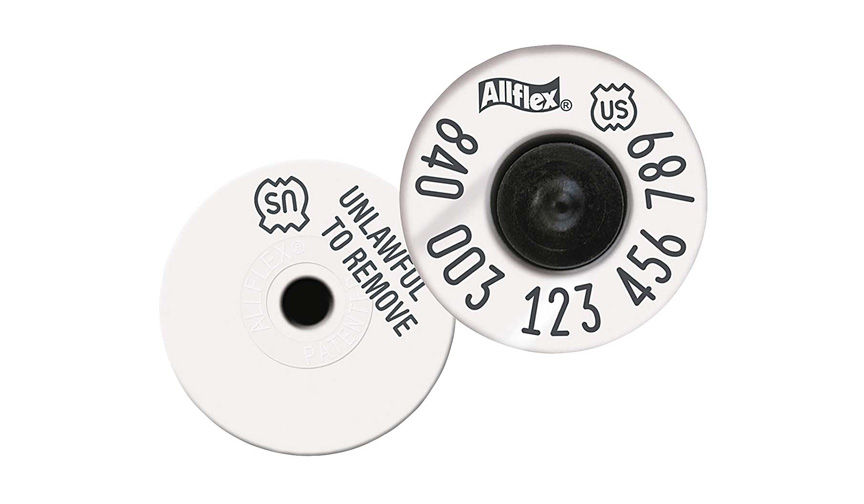 USDA is considering whether to no longer approve visual-only ear tags as Official Identification (i.e. metal “clip tags” would no longer be considered official identification).  Official ID would require an RFID component. This change would not require a new rule or modification to existing regulations, since 9CFR Part 86 already gives the APHIS Administrator this authority. (APHIS is the Animal and Plant Health Inspection Service.)

In July, we posted a Federal Register notice (Docket # 20-022-1) to seek public comment on whether and when the Administrator should exercise this authority.  The comment period closes on October 5, 2020.  The feedback we receive will be compiled, reviewed, and posted in a later Federal Register notice.  USDA will review the comments and make a final decision, but there is no specific timeline for that decision.

Official ID tags are not required for all cattle and bison.  Instead, they are necessary for:

USDA will continue to allow the option for animal health officials in shipping and receiving states to agree to accept alternate forms of identification, including brands and tattoos, in lieu of official identification.

The primary reasons USDA is considering this change to RFID identification are accuracy of data collection and speed of disease tracing.  From our tracing exercises, we know that the majority of states can complete any of four test movements in less than three hours if they are given an official tag number that has been accurately recorded in a database.  This is not the case for other traces.  Although many animals with only a metal tag or even without official identification may be traced, the time to find the animal is much longer.  It sometimes takes weeks or months.  Transcription errors are common. These types of traces take a substantial amount of time to finding potentially exposed herds. These herds must then be quarantined and tested.   In the case of rapidly moving infectious diseases such as foot and mouth disease, this kind of time delay would make it impossible to successfully contain the outbreak.

Traces involving tuberculosis demonstrate the challenges of shoe-leather tracing.  In one case, a TB positive animal led to the tracing and quarantine of 99 herds across 13 states.  The cost to find diseased and exposed animals was very large, with the cost to livestock producers for quarantines and handling of animals being even greater.  During the tracing exercises, states with accurate records could more quickly find the suspect animals, and also rule out and avoid testing animals that were not exposed.

USDA APHIS is purchasing up to 8 million RFID tags targeted for use in replacement-age breeding animals.  The tags are provided by USDA APHIS to states as a no-cost alternative for the currently available metal “brite” tags and orange brucellosis tags. State veterinarians are handling distribution of the tags.  Official ID tags also remain available for purchase through vendors.

RFID tags have a small metal antenna built into the plastic of the tag, which responds when a radio beam hits the tag; there are no batteries or active components to the tags.  The antenna only responds to a specific frequency of radio signal aimed at the animal’s ear from a close distance, and in the United States there are two frequencies used for official cattle ID tags.  There are advantages of each, but the most significant difference is the distance that the tag has to be from the signal reader; low frequency tags must be within a foot or two to the reader while the ultra-high frequency tags will read from a longer distance.  There are approved tags for each frequency, so producers have a choice for what works best in their operations.

In a statement issued recently, National DHIA offered support for the concept that RFID ear tags be the official ID for U.S. dairy cattle. The organization urges that the unique number issued for each animal use the “840” numbering sequence, a 15-digit code with 8-4-0 representing the U.S. in this international system. (See NDHIA statement here.)

Allen Chester, NDHIA President and dairy producer from Lisbon, N.Y., says, “We are encouraged by this proposed change from APHIS. Most recently at our annual meeting in March, we unanimously passed a resolution saying we prefer the use of 840 tags, and we’ll be moving to make changes in our Uniform Operating Procedures to take effect January 1, 2023.”

“We do need to encourage the use of RFID tags,” said Dan Sheldon, Salem, N.Y. dairyman. As a longtime leader in DHI organizations, he has been working for a national program for more than 20 years. He said on his dairy, the electronic ID tag ties into the recorded milk weights in the parlor. He added that the biggest stumbling block is the fact that not all dairy operators are  equipped to use the tag in their on-farm dairy management systems.

He agrees with the need for quick traceback in the event of disease outbreak and he too noted that international buyers of U.S. beef and dairy products are asking for tracking systems.

“It’s time we catch up with the rest of the world,” he said adding that many advanced dairy economies have required animal ID for years.

The U.S. Holstein Association has also voiced its support for the USDA proposal. Identifying over 600,000 animals each year in its database for its members’ dairy herds, the Association also urges the use of the 840-tag numbering sequence in a single national database.

“We are happy to see an implementation timeline and hope it will not be extended further. We would like to see the timeline to allow metal tags shortened,” says Jodi Hoynoski, a senior Association staffer.

“An effective system begins at birth – not when the animal is getting on a trailer. We need a bookend system that records birth and slaughter, too. For the entire system to work, animals need to be identified at birth and keep that same number throughout their lifetimes,” she urged.

She did express the Association’s concern that USDA stop giving out free RFID tags.

“Free 840 RFID allocation, if it is going to happen, needs more electronic data collection and control. Having state officials and veterinarians hand them out to people without allocating premises or recording their 840 numbers electronically has proven to be very troublesome for the integrity of our records.

“Too much room for error exists in expecting humans to record the 840 numbers correctly by hand,” Hoynoski added.

Both organizations – National DHIA and U.S. Holstein – say they intend to submit their comments to USDA as part of the record.

Animal never entered slaughter channels and at no time presented a risk to the food supply The U.S. Department of Agriculture (USDA) is announcing an atypical case of Bovine Spongiform Encephalopathy (BSE), a neurologic disease [Read More …]