U.S. dairy exports got off to a sunny start this year, with record volumes in April. That gave dairy farmers hope for a brightening future. But tariffs announced this month by Mexico and China have brought clouds into the forecast.

What follows is a recap of what has happened and what the U.S. Dairy Export Council is doing to mitigate damage to its farmer-funders and the rest of the U.S. dairy industry.

On June 1, the U.S. imposed steel and aluminum tariffs on Mexico, Canada and the European Union.

It didn’t take long for Mexico to respond with new tariffs on U.S. products, including tariffs that will soon reach 20 to 25 percent on U.S. cheeses. The first wave of those Mexican tariffs was implemented on June 5 and U.S. cheeses are now facing duties of 10 to 15 percent as a result.

Prior to that action, U.S. dairy exporters paid no tariffs when their cheeses crossed the border into Mexico, in accordance with terms of the North American Free Trade Agreement.

NAFTA has been a boon to U.S. dairy. It helped make Mexico our No. 1 cheese export market with $391 million in sales last year and a 75 percent share of Mexico’s cheese imports.

“We had a competitive advantage in that market,” U.S. Dairy Export Council President and CEO Tom Vilsack said on Iowa Public Television’s “Market to Market” show. “All we have now is a logistical advantage.”

Vilsack discusses tariffs and other issues in this in-depth podcast interview.

In a similar point-counterpoint scenario, the U.S. announced 25 percent tariffs on a list of Chinese products on June 15. China retaliated the same day by announcing tariffs of 25 percent on hundreds of U.S. imports, including a wide range of dairy products.

Both sets of new tariffs are scheduled to take effect July 6.

China is an important growth market. In 2017, the U.S. sold $577 million in dairy products to China, an increase of 49 percent over the previous year.

“This is going to create a real problem,” said Vilsack on the nationally syndicated “Market to Market” show. “We won’t be as competitive in China as we could have been.”

It is likely to take time for this international chess game to play out and the endgame is not yet in sight.

The tariffs put a summer shadow over what Vilsack described as “a very good start to the year.”

That’s what “The Next 5%” is all about. USDEC’s aim through this program is to increase U.S. dairy exports from 15 percent of annual U.S. milk production to 20 percent.

Even with the challenge of tariffs, USDEC remains committed to the ambitious goal.

In an effort led by USDEC, more than 60 companies and organizations representing U.S. dairy farmers and cheese makers sent a letter Tuesday to President Trump.

The letter asked the president and his administration to work collaboratively with Mexico by suspending the steel and aluminum tariffs until negotiations for a modernized NAFTA have been concluded. USDEC worked with other dairy organizations to make sure the message was widely disseminated. 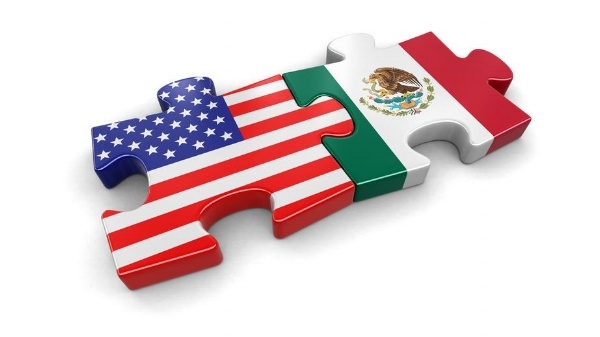 Unlike Canada, Mexico has long been a model for dairy trade.

The letter concluded this way:

“Our industry recognizes that the U.S. must be resolute in ensuring our trading partners uphold their end of the bargain with us. We trust that your Administration’s skilled staff can find a way to resolve this issue, given Mexico’s strong commitment to working with the U.S. to further improve U.S.-Mexican trade. Not all countries have shown this same willingness.”

In addition to the communiqué to the president, USDEC gave its members materials to provide clarity on the new dynamic in Mexico as well as resources when they communicate with members of Congress and their Mexican buyers.

On “Market to Market,” Vilsack was asked what farmers should be looking for as they follow future developments. “They need to pay attention to whether this is escalating or if there is a genuine effort to de-escalate,” said Vilsack.

To watch 1-minute clip including analysis from Tom Vilsack, click video below. 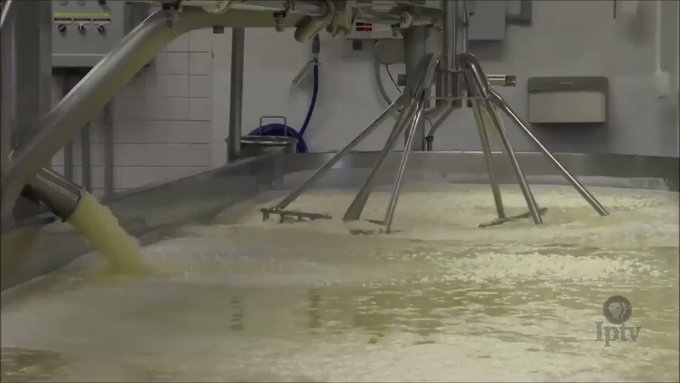 In a trade disagreement between the U.S. and China, a 25 percent tariff has been proposed on a wide array of U.S. dairy products. This has led to uncertainty for U.S. dairy farmers, and USDEC’s Tom Vilsack offered helpful insight today on Iowa Public Television’s Market to Market

Trump’s help for farmers may be hindrance