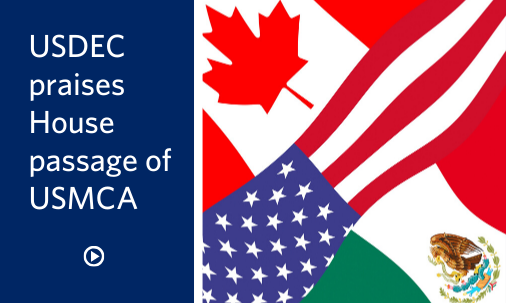 “USMCA will bring tangible benefits to the U.S. dairy industry by upgrading trade rules, opening the Canadian market to U.S. dairy exports and preserving our valuable market access in Mexico,” said Tom Vilsack, president and CEO of USDEC. “Today’s bipartisan vote is indicative of the need to immediately secure these benefits for dairy and all of agriculture.”

“Today’s vote brings us one step closer to finalizing USMCA and securing a more certain future for America’s farmers and ranchers,” said Jim Mulhern, president and CEO of NMPF. “It is imperative that the Senate act now to finalize USMCA.”

Ambassador Robert Lighthizer worked diligently alongside members of Congress to address outstanding concerns and deliver an improved trade pact. The House passage of USMCA and its broad range of support is a testament to their efforts. 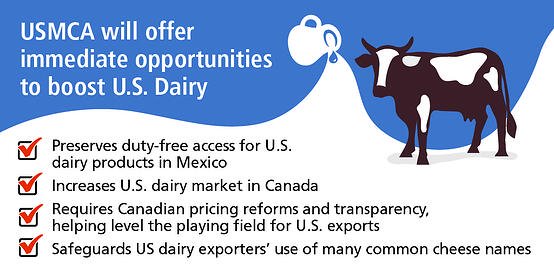 The trade deal also strengthens our relationship with Mexico and establishes new protections for common cheese names, using a combination of approaches to protect the continued use of a number of generic cheese terms, such as parmesan and feta.