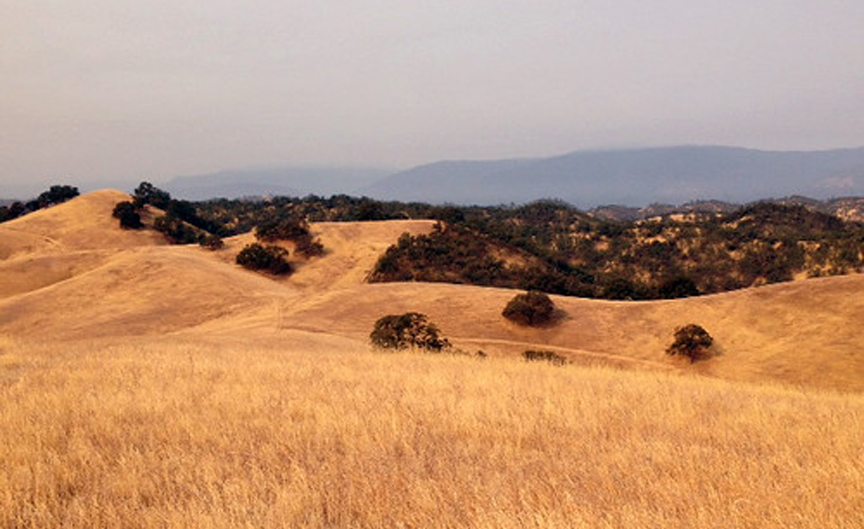 As California continues to respond to the challenges of COVID-19, some people are cautiously venturing out into the state’s abundance of open spaces, while hopefully wearing masks, maintaining social distancing and practicing other safe behaviors.

From parks to rangeland, our state’s open spaces provide a variety of aesthetic and recreational benefits that it’s next to impossible to put a price tag on.

Much of that open space is also used for grazing, providing the benefit of locally sourced beef to kitchen tables across the state.

What many people don’t realize is that open spaces and rangeland also provide an abundance of environmental benefits and, as researchers at UC Berkeley recently discovered, you can put a price tag on those.

In fact, the analysis found that 300,000 acres of rangeland under permanent protection by the California Rangeland Trust provide up to $1.4 billion a year in ecosystem benefits, including contributions to our food, water supplies and climate.

As the state struggles with a $54 billion deficit while trying to continue our leadership in environmental stewardship, it’s important that we get the most bang for every taxpayer buck spent on environmental projects. The UC Berkeley study found that every dollar spent to protect working rangeland returned $3.43 on the investment in ecosystem benefits.

These benefits make a big difference in California. Managed grazing can take carbon out of the atmosphere and put it back into healthy soil, restoring land to its natural state. This concept, implemented through the California Department of Food and Agriculture’s Healthy Soils Program, is called carbon sequestration, and it’s a key solution for the mitigation of climate change. Carbon dioxide is a greenhouse gas, and its increased concentrations in the atmosphere warm the planet and contribute to climate change, so rangelands are uniquely positioned to aid in a resilient climate.

Government plays a key role in protecting California’s public open spaces and the benefits they provide. But preserving private lands is just as important to our state’s environment – if not more so. In fact, the California Strategic Growth Council recently invested more than $170 million in the Sustainable Agricultural Land Conservation Program, which will fund easements to help the state meet its climate and environmental goals.

When rangelands are sold for development, land uses and ownerships are fragmented, putting ecosystems at risk and preventing responsible ranching practices like grazing, which can also reduce invasive plants, remove fire-prone biomass and revitalize vegetation to benefit the entire ecosystem. Livestock grazing can lower wildfire risk and reduce the impact of fires by slowing down the speed of spreading flames.

Development is a real threat for a large portion of the state’s private rangelands. California scored among the highest in the nation for threat to agricultural land being developed, according to new research from the American Farmland Trust. From 2001 to 2016, the study found 465,900 acres of California’s agricultural land was developed or compromised, including nearly 250,000 acres of rangeland.

Today, private rangelands are nearly 63% of the state’s undeveloped land and are home to 67% of federally threatened or endangered species. Once this land is lost to development, we can’t get it back.

That is why the role of state and nonprofit land conservation groups, like the California Rangeland Trust, is so critical to ensuring that development doesn’t come at the expense of our state’s ecosystems.

California is an agricultural and environmental leader across the nation and around the world. In conserving rangeland and open spaces, our state can maintain a balance that is nothing short of essential as we strive for lasting sustainability.

via CDFA from CalMatters

The United Dairy Families of California (UDFC), a group of California producers that formed to create a process for California dairy farmers to discover a path forward on quota, capped off their process this week [Read More …]

Karen Ross of Sacramento has been reappointed Secretary of the California Department of Food and Agriculture (CDFA), the state cabinet-level department established in 1919 to promote and protect a safe, healthy food supply, local and global [Read More …]