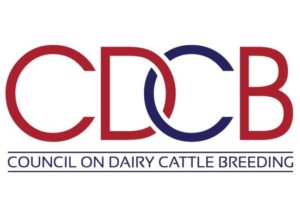 The Council on Dairy Cattle Breeding CEO Joao Durr issued the following statement on January 20 following a meeting of the board of directors:

“The new trait, Feed Saved, has generated significant interest from producers, dairy media, international partners and others. Also, there has been engaged and positive dialogue among the U.S. industry partners, CDCB and AGIL scientists. It is truly a milestone mark in dairy genetic improvement.

As you know, the pattern of CDCB has been to introduce new traits independently to allow industry and producers to better understand the behavior of the new trait. Said another way, we observe the individual trait for some time before it is incorporated into the CDCB selection indices.

In that spirit, the CDCB Board of Directors decided at its January meeting, that we will continue to publish Feed Saved as an individual trait over a little while with no impact for Net Merit and other CDCB indices. We appreciate the input from various groups into this decision, including the CDCB Producer Advisory Committee (PAC), the Genetic Evaluation Methods (GEM) committee, and the NAAB Dairy Sire Evaluation Committee (DSEC).

Some earlier communications may have signaled that Feed Saved would be incorporated into a Net Merit update in April 2021. There will be no changes to Net Merit in April. The specific timing of the next Net Merit update is not yet determined, but it is anticipated that it will incorporate Feed Saved and Heifer Livability, as well as update all economic weights according to the latest data available.

On behalf of the team at CDCB and AGIL, we will continue to work in conjunction with industry partners so that together we can provide the best selection tools to dairy producers.”

The Annual meeting of the National Association of Animal Breeders (NAAB) was held September 16th via Zoom conference call. Meeting agenda included the Business session and the election of directors. During the business session, Board [Read More …]

This Week in Dairy with Dan Sheldon of Woody Hill Farm

Joel Hastings of DairyBusiness News interviews Dan Sheldon, a partner with his family in Woody Hill Farm at Salem, NY, where Dan talks about his commitment to dairy records through the DHI system used for [Read More …]